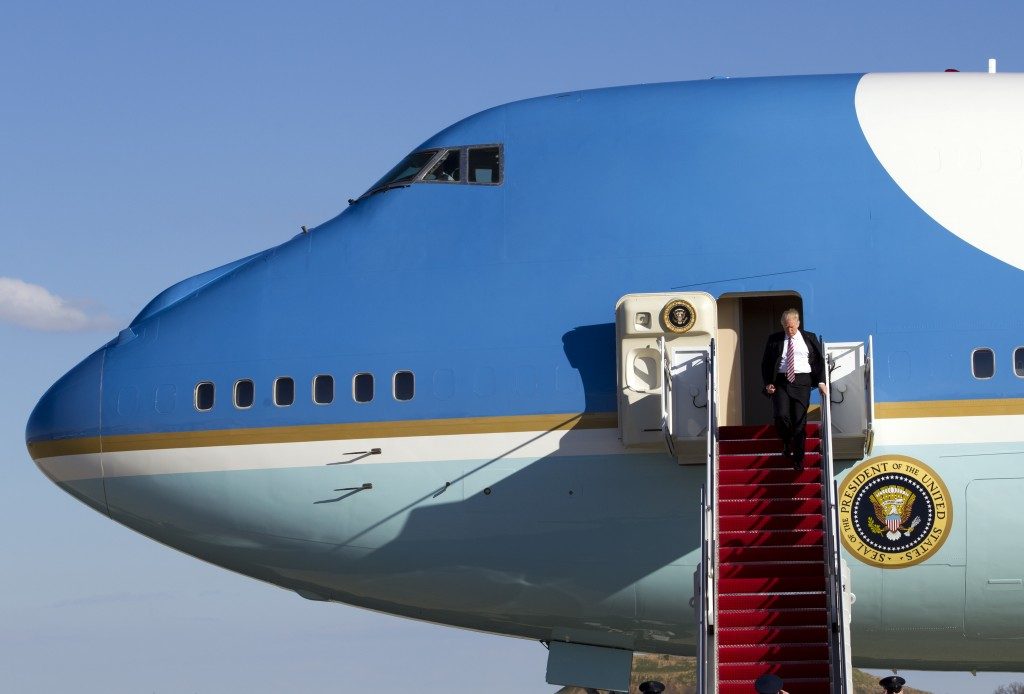 For all the legitimate criticisms of Donald Trump’s inaugural address, one charge that is wholly undeserved is that his speech was divisive and targeted solely at his core supporters. Read the plain words of what Trump actually said, and it is clear this is simply not so. He reached out directly and repeatedly to Americans who did not vote for him.

President Trump addressed his remarks to “the forgotten men and women of our country,” who he said “will be forgotten no longer.”

Who are these forgotten Americans? In Trump’s telling, they fall into two groups: the white working class living in the industrial heartland and poor, mostly African-American, citizens living in America’s decimated inner cities.

One group voted for him; the other did not. On Friday, Trump promised to fight for them both.

Trump promised to fight for “mothers and children trapped in poverty in our inner cities” as well as those trapped in regions filled with “rusted-out factories scattered like tombstones across the landscape of our nation.”

He promised to combat “the crime and the gangs and the drugs that have stolen too many lives and robbed our country of so much unrealized potential,” declaring that “we are one nation, and their pain is our pain. Their dreams are our dreams, and their success will be our success.”

Trump promised that “we will get our people off of welfare and back to work, rebuilding our country with American hands and American labor.” He promised to fight racial discrimination, declaring that “when you open your heart to patriotism, there is no room for prejudice” and reminding Americans that “whether we are black or brown or white, we all bleed the same red blood of patriots.”

He preached racial unity, declaring “whether a child is born in the urban sprawl of Detroit or the wind-swept plains of Nebraska, they look up at the same night sky, they fill their heart with the same dreams, and they are infused with the breath of life by the same Almighty Creator.”

He declared “to all Americans in every city near and far, small and large, from mountain to mountain, from ocean to ocean, hear these words: You will never be ignored again. Your voice, your hopes and your dreams will define our American destiny.”

Much of Trump’s language on inner-city poverty echoed the words of Ronald Reagan at the 1992 Republican convention. Reagan declared that “whether we are Afro-American or Irish American … we are all equal in the eyes of G-d,” adding that “many [Americans] languish in neighborhoods riddled with drugs and bereft of hope. Still others hesitate to venture out on the streets for fear of criminal violence. Let us pledge ourselves to a new beginning for them.” No one called that “dark” when Reagan said it.

Now Trump has taken up Reagan’s call for Republicans to fight for the forgotten Americans in our nation’s inner cities. The big question, going forward, is: How will Trump do it?

The fear among anti-poverty warriors on the right is that President Trump’s solution for inner-city poverty will be to throw money at the problem. That seems to be at least part of the strategy.

Mike Allen of Axios reports that White House chief strategist Steve Bannon sees “a huge infrastructure bill as a way to attract voters, especially minorities, who opposed Trump in 2016” and that the Trump administration will “run new roads, repair tunnels and provide web access to other classes or regions of forgotten Americans.”

Obama already tried that. It was called the stimulus, and it didn’t work.

Infrastructure spending won’t eradicate poverty. If government spending were the answer, poverty would have been eradicated long ago. Since President Lyndon Johnson declared the war on poverty, we have spent many trillions of dollars fighting poverty — and yet the poverty rate in the United States remains virtually unchanged since Johnson’s day.

Fortunately, spending is not President Trump’s entire strategy. We know, for example, that Trump cares deeply about school choice, which is a critical building block of any campaign to eradicate inner-city poverty, and that his nominee for education secretary, Betsy DeVos, would lead a charge to massively expand educational options for children trapped in failing public schools.

Beyond that, President Trump has many options if he wants to pursue innovative policies to creating opportunity for the poor and vulnerable. Last year, House Speaker Paul Ryan (R-Wis.) convened a congressional Task Force on Poverty, Opportunity & Upward Mobility, which proposed a series of reforms as part of his “A Better Way” plan to help lift people “out of poverty and onto the ladder of opportunity.” These include proposals to add stronger work requirements to federal welfare programs; provide better job training to non-custodial parents so that they earn more and better meet their child-support obligations; remove penalties for aid recipients that discourage them from getting married or working more hours; and give states more flexibility to tailor aid packages to meet the specific needs of recipients instead of a one-size-fits-all approach from Washington.

My colleagues at the American Enterprise Institute’s department of poverty studies have also developed innovative proposals to fight poverty. These include an expansion of wage subsidies such as the earned-income tax credit (EITC) to include not just families with children but also younger, childless workers so that they can gain experience to put them on the path to self-reliance, as well as creating relocation vouchers for these chronically unemployed so that they can move to areas with more plentiful opportunities without fear of losing the support they depend on.

President Trump, of all people, should understand that the old ways of doing things in Washington — throwing money at the problem without fundamental reform – will not help those trapped in poverty. As he put it, “For too long, a small group in our nation’s capital has reaped the rewards of government while the people have borne the cost.” That includes the inner-city poor.

It’s up to President Trump to change it.  (The Washington Post)