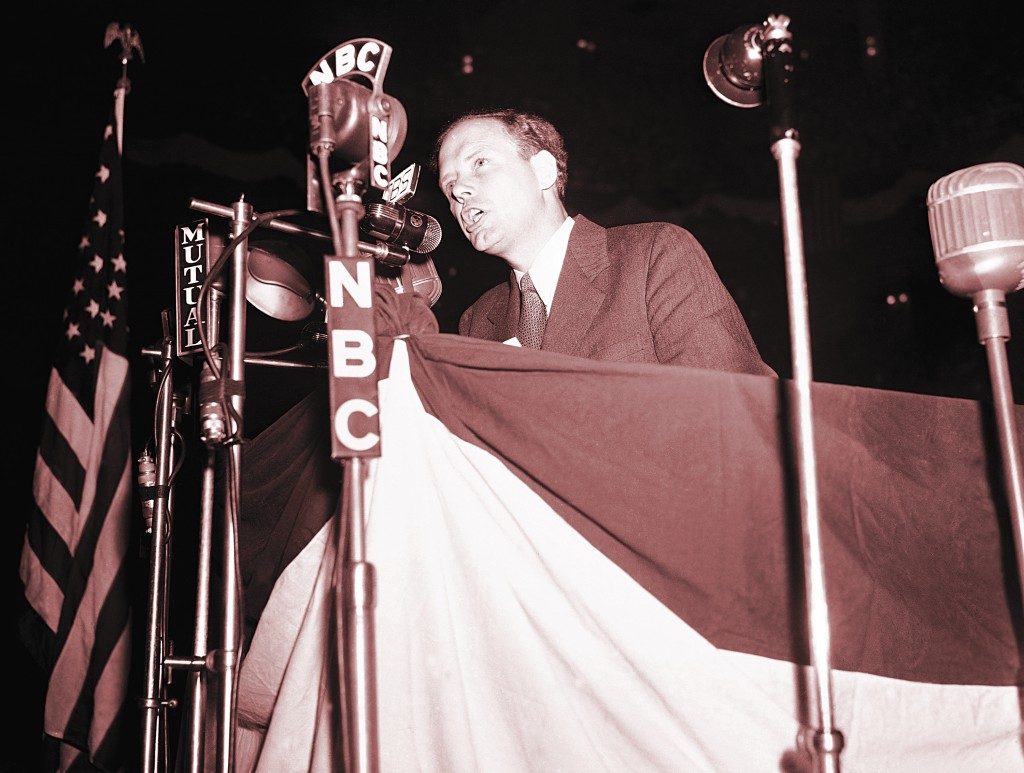 The flurry of bold executive orders and of highly provocative Cabinet nominations (such as a secretary of education who actually believes in school choice) has been encouraging to conservative skeptics of Donald Trump. But it shouldn’t erase the troubling memory of one major element of President Trump’s inaugural address.

The foreign policy section has received far less attention than so revolutionary a declaration deserved. It radically redefined the American national interest as understood since World War II.

President Trump outlined a world in which foreign relations are collapsed into a zero-sum game. They gain, we lose. As in: “For many decades, we’ve enriched foreign industry at the expense of American industry; subsidized the armies of other countries” while depleting our own. And most provocatively this: “The wealth of our middle class has been ripped from their homes and then redistributed all across the world.”

JFK’s inaugural pledged to support any friend and oppose any foe to assure the success of liberty. Note that President Trump makes no distinction between friend and foe (and no reference to liberty). They’re all out to use, exploit and surpass us.

No more, declared the President: “From this day forward, it’s going to be only America First.”

Imagine how this resonates abroad. “America First” was the name of the organization led by Charles Lindbergh that bitterly fought FDR before U.S. entry into World War II — right through the Battle of Britain — to keep America neutral between Churchill’s Britain and Hitler’s Reich.

Not that President Trump was consciously imitating Lindbergh. I doubt he was even aware of the reference. He just liked the phrase. But I can assure you that in London and in every world capital they are aware of the antecedent and the intimations of a new American isolationism. President Trump gave them good reason to think so, going on to note “the right of all nations to put their own interests first.” America included.

Some claim that putting America first is a reassertion of American exceptionalism. On the contrary, it is the antithesis. It makes America no different from all the other countries that define themselves by a particularist blood-and-soil nationalism. What made America exceptional, unique in the world, was defining its own national interest beyond its narrow economic and security needs to encompass the safety and prosperity of a vast array of allies. A free world marked by open trade and mutual defense was President Truman’s vision, shared by every president since.

Some have argued that President Trump is just dangling a bargaining chip to negotiate better terms of trade or alliance. Or that his views are so changeable and unstable — telling European newspapers two weeks ago that NATO is obsolete and then saying “NATO is very important to me” — that this is just another unmoored entry on a ledger of confusion.

But both claims are demonstrably wrong. An inaugural address is no off-the-cuff riff. These words are the product of at least three weeks of deliberate crafting for an address that President Trump said would express his philosophy. Moreover, to remove any ambiguity, President Trump prefaced his “America first” proclamation with: “From this day forward, a new vision will govern our land.”

President Trump’s vision misunderstands the logic underlying the far larger, far-reaching view of Truman. The Marshall Plan sure took wealth away from the American middle class and distributed it abroad. But for a reason. Altruism, in part. But mostly to stabilize Western Europe as a bulwark against an existential global enemy.

We carried many free riders throughout the Cold War. The burden was heavy. But this was not a mindless act of charity; it was an exercise in enlightened self-interest. After all, it was indeed better to subsidize foreign armies — German, South Korean, Turkish and dozens of others — and have them stand with us, rather than stationing even more American troops everywhere around the world at greater risk of both blood and treasure.

We are embarking upon insularity and smallness. Nor is this just theory. President Trump’s long-promised but nonetheless abrupt withdrawal from the Trans-Pacific Partnership is the momentous first fruit of his foreign policy doctrine. Last year the prime minister of Singapore told John McCain that if we pulled out of TPP “you’ll be finished in Asia.” He knows the region.

For 70 years, we sustained an international system of open commerce and democratic alliances that has enabled America and the West to grow and thrive. Global leadership is what made America great. We abandon it at our peril.