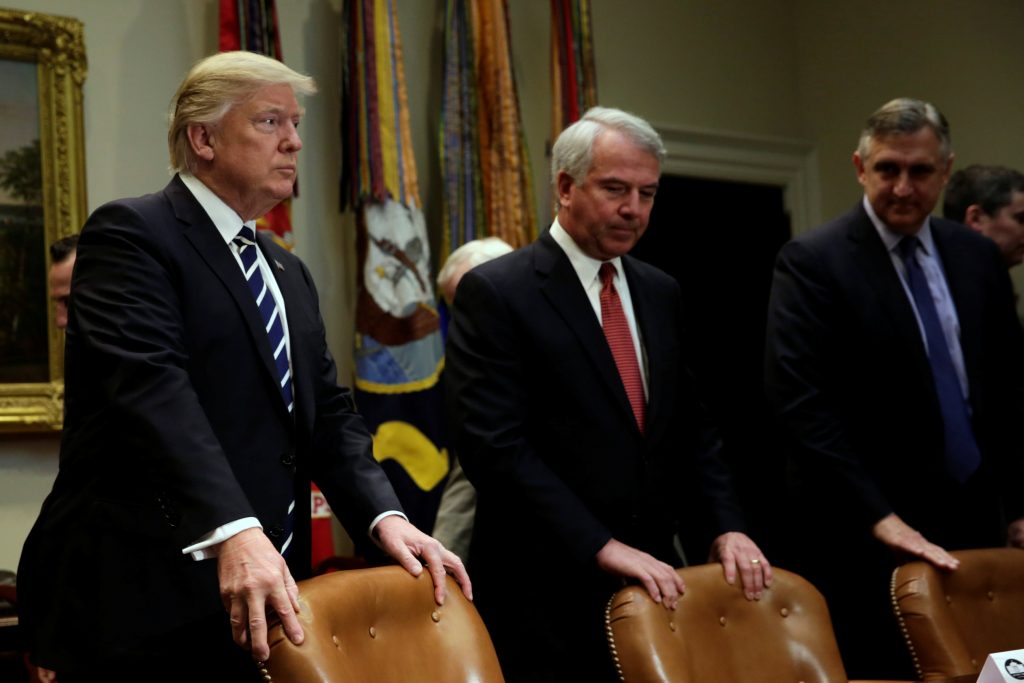 President Donald Trump will sign an executive order on Tuesday on cybersecurity that will require the heads of government agencies to play a more direct role reviewing and managing risks, a White House official said.

The order will give the White House budget office a central role in assessing cyber risks for the entire executive branch, and will require agency heads to develop plans to modernize aging information technology systems, the official told reporters, speaking on condition of anonymity.

President Trump, at a meeting with drug company executives at the White House Tuesday, said he wants to lower drug prices and bring pharmaceutical companies back to the United States.

He says “we’re going to be changing a lot of the rules” and promises to end “global freeloading.”

He is also vowing to reduce the prices of Medicare and Medicaid.

Among the attendees were executives from the drug companies Novatis, Merck, Worldwide Pharmaceuticals-Johnson & Johnson and Amgen.

Trump is promising the group that he will soon name a “fantastic person” to head the Food and Drug Administration.