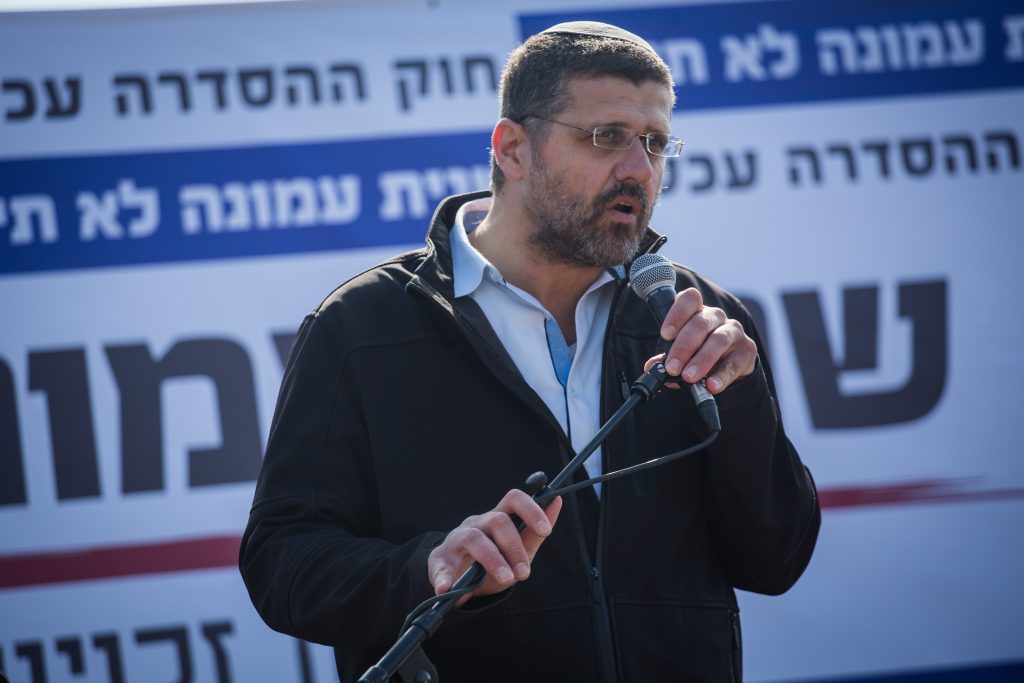 Protestors continued to gather in Amona Tuesday as the IDF distributed evacuation notices to residents there, in preparation for the demolition of over three dozen homes at the site. Within that time, the orders state, residents must leave and take their belongings with them, and all protestors are to clear the area, which will be declared a closed military zone.

The final date for the evacuation and demolition of Amona was set as February 8th, by which time, the residents were promised, caravans would be set up for them on another part of the hilltop. Those caravans are nowhere to be seen, however; last week, the High Court issued an injunction against their installation, as more Palestinians claimed ownership of the land on which the caravans were to be placed. The court is set to make a final decision on the matter later Tuesday.

Meanwhile, the Knesset is scheduled to discuss further refinements in the Settlements Arrangement Law, in preparation for its vote on its second and third reading, now set for next Monday. The vote had been scheduled for this week, but was postponed after opponents of the law filed 500 objections to it. The Knesset speaker dismissed those objections later Monday, but MKs will now have the opportunity to speak about the law in preparation for the vote.

The Settlements Arrangement Law would replace the process now governing Arab claims of ownership of land on which Israeli homes are built. Currently, such claims are adjudicated by the High Court, but the bill would instead institute a special arbitration process that would, among other things, advocate land swaps that would replace the land claimed by Palestinians with state land of equal or greater value that is not in dispute. This is the situation at Amona, both at the site of the houses to be demolished, and the site where caravans are to be installed.

The law is designed to prevent the demolition of homes at outposts and settlements that were built in good faith, but later were discovered to be built on private land. It has been opposed by State Attorney Avichai Mandelblit, who said he did not think he could defend it in the High Court, much less in international courts where Palestinians are likely to file lawsuits. The law will not affect the demolitions in Amona, which were “grandfathered out” in the final version of the bill the Knesset is to vote on.

Monday’s postponement came on the background of a mass rally outside the Knesset Monday, as thousands protested the upcoming demolitions in Amona and Ofra. Yesha Council head Avi Ro’eh said that the marchers had come to the Knesset “to protest the fact that until today there are still thousands of households in Yehudah and Shomron threatened with homelessness, because of pending demolition orders. Fifty years after the State decided to settle Judea and Samaria, and with half a million people living here, we need to remove this threat.”

Weekend reports said that it was the Prime Minister’s Office that pushed the vote on the law up to Monday. The law had been held up until now by Prime Minister Binyamin Netanyahu, but over the weekend Netanyahu instructed Likud Whip David Bitan to ensure that the votes needed to pass the law this week were in place. Speaking Monday, Yisrael Beytenu head and Defense Minister Avigdor Liberman said that he had instructed party members to vote for it, even though he did not personally agree with the bill.