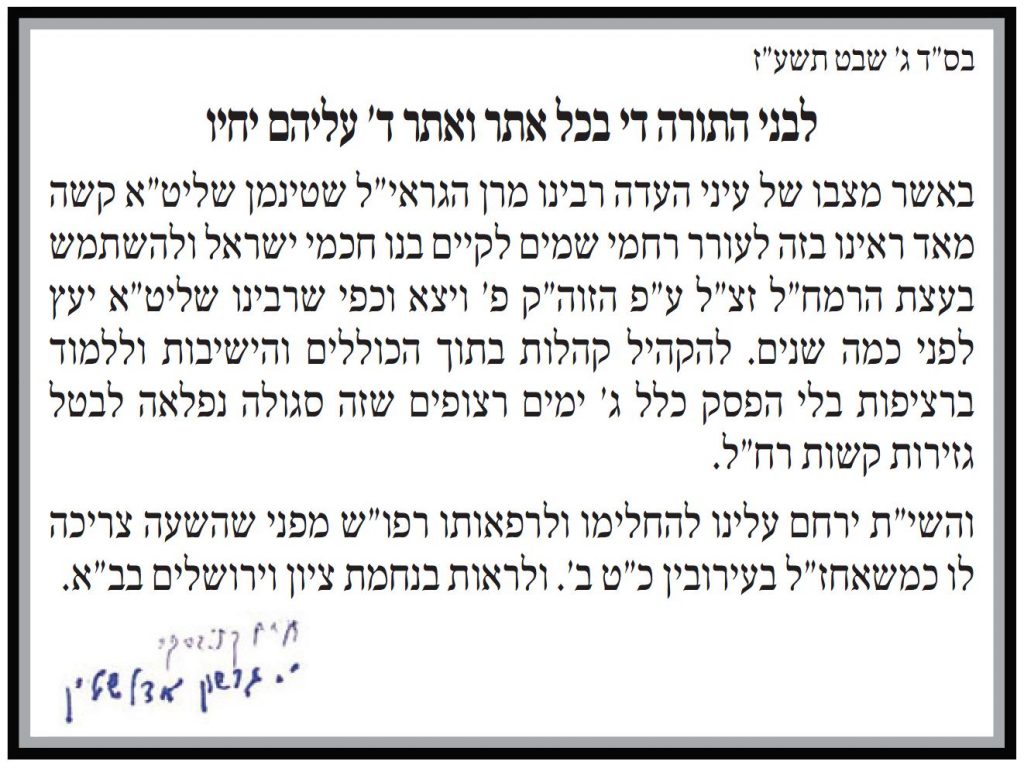 After the successful medical procedure that Rav Steinman underwent Monday, his condition is continuing to improve. Rav Steinman was reported as fully conscious. Dr. Ravid added that the infection that the Rosh Yeshivah had at the beginning of the week has also decreased.

In a letter dated Monday, Hagaon Harav Gershon Edelstein, shlita, and Hagaon Harav Chaim Kanievsky, shlita, call on all yeshivos to implement the special segulah of the Ramchal, to learn three days continuously without stop. This segulah was used by Rav Steinman several years ago.