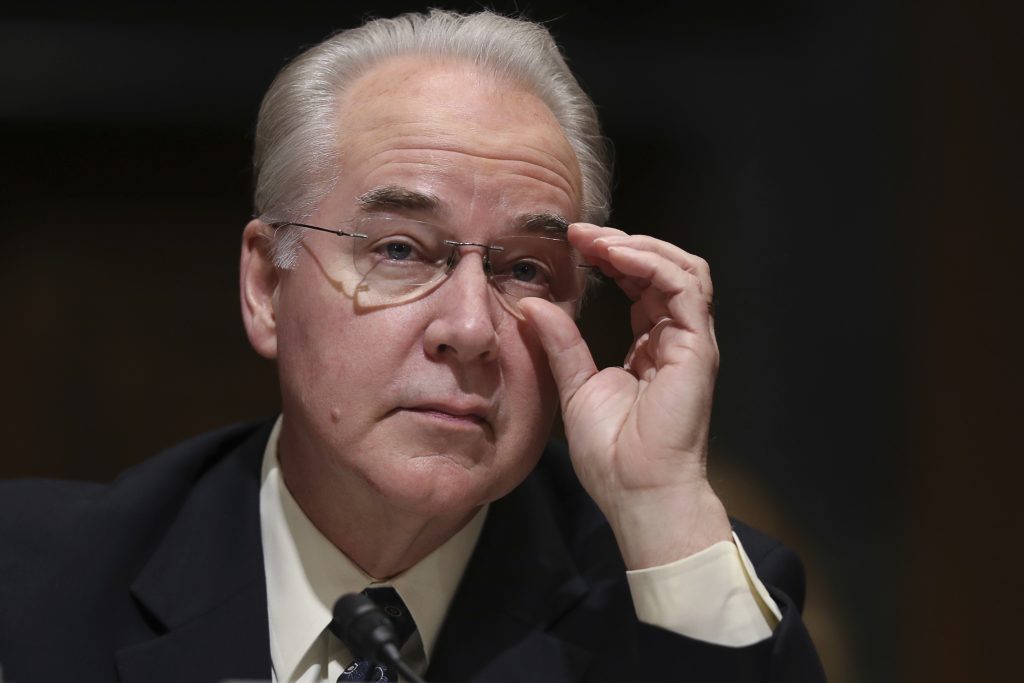 The Democrats’ action prevented the Finance panel from acting because under committee rules, 13 of its members — including at least one Democrat — must be present for votes. It was unclear when the panel would reschedule to vote.

At the Senate Judiciary Committee, a meeting considering Sen. Jeff Sessions, R-Ala., to be attorney general lasted so long — chiefly because of lengthy Democratic speeches — that Chairman Charles Grassley, R-Iowa, said the panel would meet again on Wednesday.

The meeting on Sessions’ nomination was coming with Democrats and demonstrators around the country in an uproar over Trump’s executive order temporarily blocking refugees. Even some Republicans were warning it could hinder anti-terrorism efforts.

Not everything ground to a halt.

Just before the Finance committee was scheduled to vote on Price and Mnuchin, Democrats called a briefing for reporters and announced their plan to force a delay.

“They ought to stop posturing and acting like idiots,” he said.

In 2013, when Democrats controlled the Senate, Republicans boycotted a committee vote on Gina McCarthy to head the Environmental Protection Agency, temporarily stalling it.

Democrats cited one report in The Wall Street Journal that Price received a special, discounted offer to buy stock in a biomedical company, which contradicted his testimony to Congress.

They said that another report in The Columbus Dispatch showed documents revealing that Mnuchin had not been truthful with the Senate in the confirmation process in comments about how his bank OneWest had handled home foreclosures.

Republicans have supported both men, and both have strongly defended their actions.

Democrats have opposed Price, a seven-term congressional veteran, for his staunch backing of his party’s drive to scuttle Obama’s health care law and to reshape Medicare and Medicaid, which help older and low-income people afford medical care.

They’ve also assailed Price for buying stocks of health care firms, accusing him of using insider information and conflicts of interest for backing legislation that could help his investments. Price says his trades were largely managed by brokers and that he’s followed congressional ethics rules.

Democrats have criticized Mnuchin for not initially revealing nearly $100 million in assets, and were expected to vote against both nominees. They’ve also accused him of failing to protect homeowners from foreclosures.