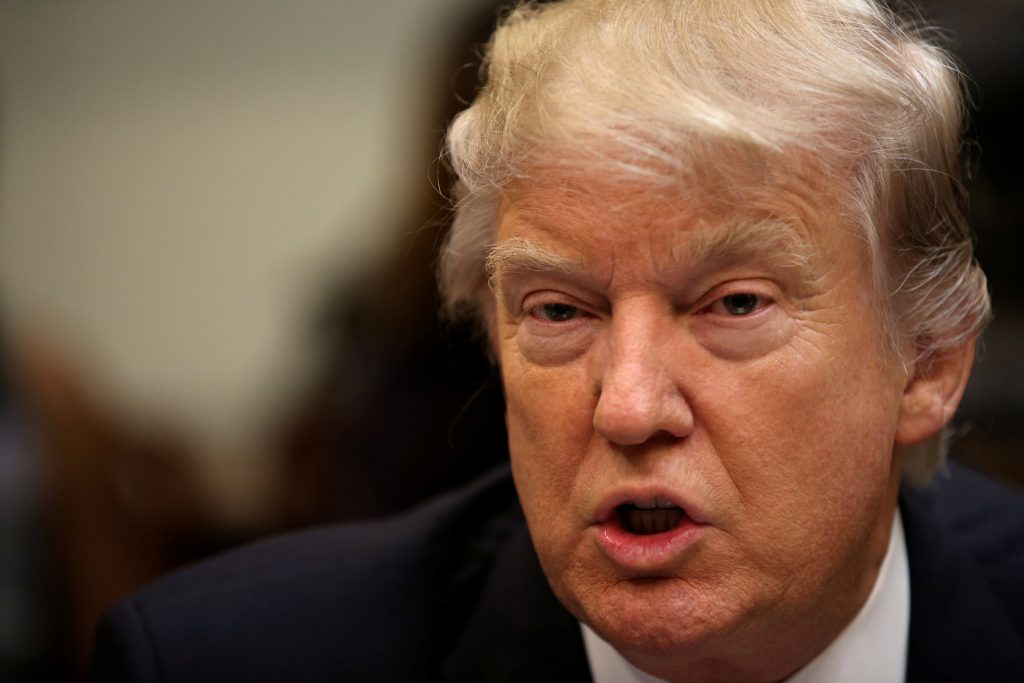 President Donald Trump signed an order on Monday that will seek to dramatically reduce federal regulations, but the policy will not apply to most of the financial reform rules introduced by the Obama administration.

Trump’s latest executive action will require that agencies cut two existing regulations for every new rule introduced and it will set an annual cap on the cost of new regulations.

For the rest of fiscal 2017, the cap will require that the cost of any additional regulations be completely offset by undoing existing rules.

But, the move does not cover independent agencies that crafted many of the rules required by the 2010 Dodd-Frank Wall Street reform law, including the Securities and Exchange Commission and the Commodity Futures Trading Commission, the White House said.

It also would not apply to rules mandated by statutes.

“There will be regulation, there will be control, but it will be normalized control,” Trump said as he signed the order in the Oval Office, surrounded by a group of small-business owners.

During a meeting with the business owners, Trump described the Dodd-Frank law as “a disaster.” He asserted that it was “almost impossible now to start a small business and it’s virtually impossible to expand your existing business because of regulations.”

White House spokesman Sean Spicer on Monday called the executive order a “first step” and said the administration would work with Congress to begin making changes to Dodd-Frank.

Implementing the new regulatory order may be difficult alongside the Trump administration’s push to repeal and replace the Affordable Care Act, said Tom Bulleit, head of the health care practice in the Washington D.C. office of law firm Ropes & Gray.

As the Congress passes new legislation on health care, there will need to be new rules, Bulleit said.

“There’s a great deal of regulation that is either expressly required by legislation or is necessary to make the legislation work,” he said.

Consumer groups and environmentalists criticized the push to peel back regulations, arguing that it would remove important protections for the public.

Major regulations are typically reviewed by the White House’s Office of Management and Budget (OMB) before they are issued. That review will continue under this new measure, but agencies will also have to identify what two regulations will be repealed to offset the costs of any new rule.

“Even if it is fairly toothless in the end, it will be a weapon that OMB can use to harass agencies and slow regulation,” Freeman said.

The new order does not require that the repeal of the two regulations be done simultaneously with the release of additional rules.

“This vests tremendous power and responsibility in the OMB director to ensure the president’s direction in how we manage this across the government,” a White House official told reporters before the signing.

Certain categories of regulations will be exempt from this new policy, including those dealing with the military and national security. The OMB director will also have the ability to waive this policy in certain instances.