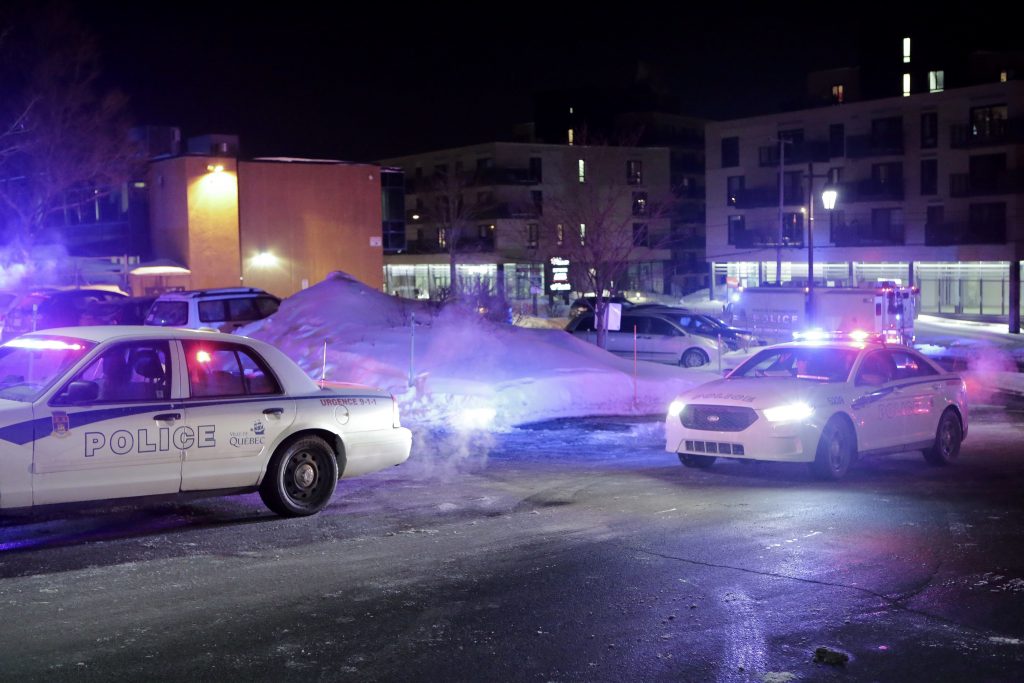 Quebec police now say that just one of the individuals arrested in connection with the mosque attack in Quebec Sunday night is considered a suspect, while the other man is considered a witness.

Court clerk Isabelle Ferland earlier identified the two men as Alexandre Bissonnette and Mohamed el Khadir. Police have not said which one remains the suspect in the attack, which killed six people and injured more than a dozen others.