Israel Herzog Goes All Out to Stop Regulation Law
Israel 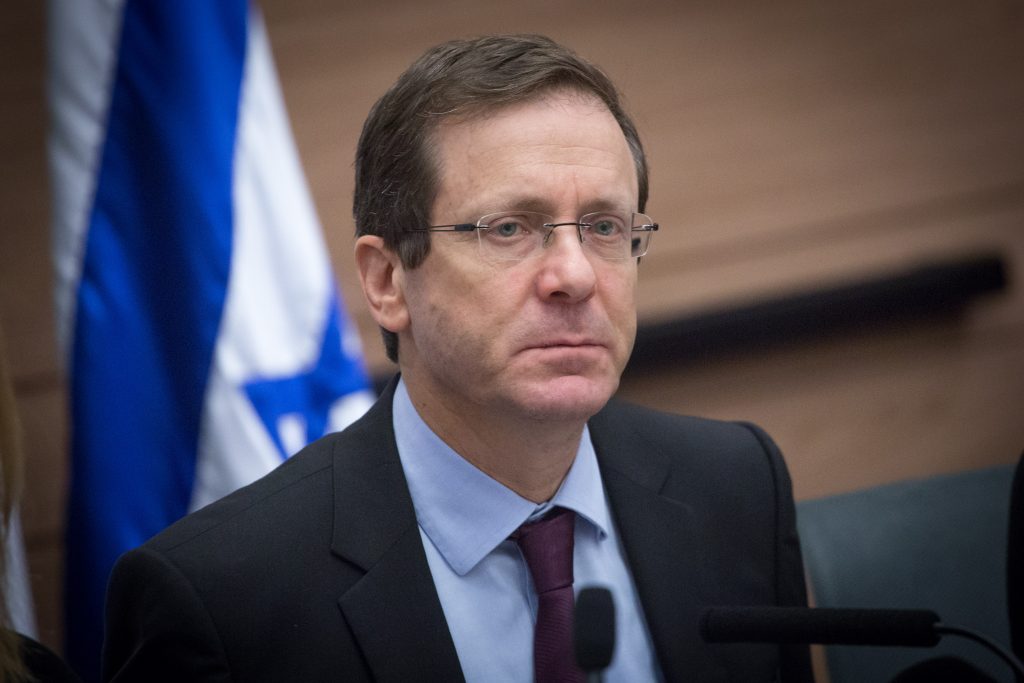 As the embattled Regulation Law suffered another setback on Monday following a barrage of parliamentary objections raised by the opposition and was postponed until next week, Zionist Camp chairman Isaac Herzog ratcheted up the rhetoric against it.

“The Regulation Law is a very serious danger to Israel,” Herzog declared at a party meeting on Monday. “This law creates a de facto annexation, which is contrary to all of Israel’s international agreements. It is because of this law that the resolution against Israel was adopted by the U.N. Security Council.

“It has never happened before in the history of the state that the Knesset voted in opposition to the laws of the state, in stark contrast to the views of senior legal advisers in government and against international law.”

Herzog made a direct appeal to coalition members not to back the legislation which seeks to retroactively legalize outpost communities in Yehudah and Shomron which were established with state authorization but have since been the target of Palestinian claims to land ownership.

“I urge Finance Minister Moshe Kahlon especially, and the chareidi parties, and anyone who sees what is good for the country; you are lending a hand to the terrible complications Israel faces under international law.”

“My colleagues and I will resist this move with all our might. It will lead to the annexation of millions of Palestinians, the elimination of the Zionist dream, the destruction of Israel as a Jewish and democratic state, and will commemorate 50 years of bloodshed in the region. We will use every tool at our disposal.” Herzog said.

Also on Monday, Defense Minister Avigdor Liberman conceded to his own Yisrael Beytenu faction meeting that while he supports the law in principle, it is doomed to defeat.

“We will support this law but one doesn’t have to be a genius to understand why the attorney general opposes it. This means that he cannot defend it in the High Court and it is unconstitutional. It will 100 percent certainly be disqualified. That’s the difference between declarations and actions,” Liberman added, in a swipe at the Jewish Home Party which has been loudly advocating passage of the law, despite its bleak prospects.

The Knesset will vote on the regulation bill for Jewish communities in Yehudah and Shomron next Monday night, under a timetable determined by the Knesset House Committee on Monday evening.

The timetable provides for debate on the bill and objections to it on Tuesday and Wednesday of this week. Opposition parties wanted the debate to last 38 days.