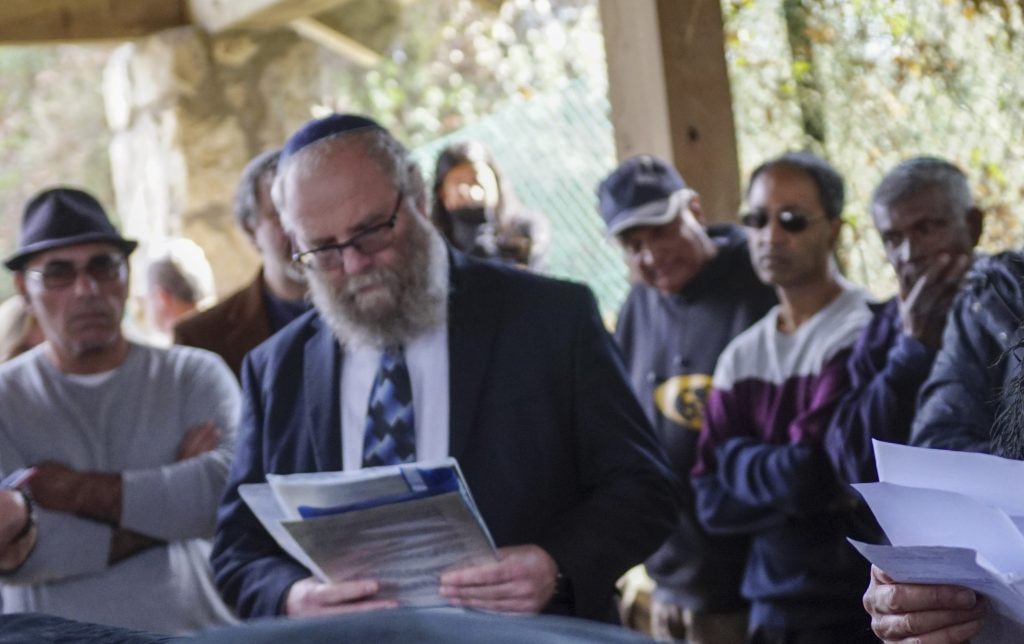 Security officials on Monday released the details of the shootings in Haifa on Jan. 3 of this year, in which Guy Kafri, 47, Hy”d, was murdered by an Arab resident of Haifa. After an extensive inquiry by Shin Bet officials, it emerged that the shooting was terrorist in nature. Kafri’s murderer, Mohammed Shinawi, told investigators that he had shot Kafri and others because of his hatred of Jews.

Shinawi went on a shooting spree in the streets of Haifa, shooting at three people. Besides Kafri, he also shot and injured Harav Yechiel Ilouz, a Dayan who served in a Haifa Beis Din. He also shot at another woman who was pushing a baby stroller, but missed. Shinawi, with the assistance of two friends, traveled to several spots in Haifa’s lower city and conducted the shootings. He later turned himself in to police, telling them that he felt they were “closing in” on him. The two shootings took place about a mile apart.

Police initially did not find any connection between Shinawi and Islamism, but it later emerged that he had been active in arson attacks during the second Lebanon war, setting fire to vehicles and buildings owned by Jews. He had become more radical in recent years, investigators added, to the extent that he saw murdering Jews as a Muslim religious duty.

Indictments were handed down against Shinawi and his two compatriots, Khaled Abu Kaliv and Ahab Yussuf, on a variety of charges, including murder, conspiracy to commit terror attacks, attempted murder, illegal weapons possession, and others.

The levayah for Kafri was attended by hundreds of people. In his hesped for Kafri, Harav Gavriel Sorano, the Rav of Ofer, said “we know more or less what went on in this incident. A Jew was murdered just because he was Jewish. He was a good person, but his ‘fault’ in the eyes of the terrorists was that he was a Jew.”

Overnight Sunday security officials said they arrested 17 wanted security suspects in areas across Yehudah and Shomron. The suspects were wanted for participating in rioting and throwing stones and firebombs that endangered Israeli civilians and IDF soldiers. Several of the suspects were also charged with belonging to Hamas. All were being questioned on their activities by security forces.