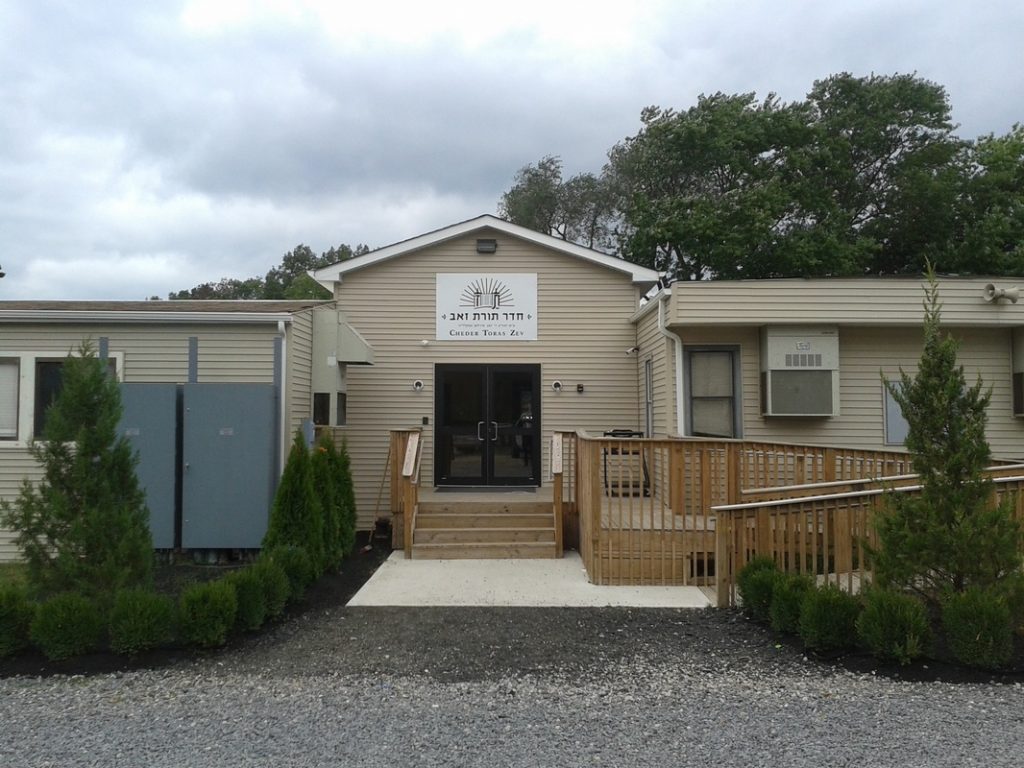 Police are searching for two men who stole a sefer Torah in Lakewood over Shabbos after thieves broke into Cheder Toras Zev and made off with the entire safe that contained the school’s only sefer Torah.

“We are reaching out wherever we can and not giving up on getting the sefer Torah back as soon as possible,” said the school’s Menahel, Rabbi Chaim Zev Edelman.

One of the school’s rebbeim entered the building on Motzoei Shabbos and found the safe that contained the sefer Torah and serves as the aron kodesh missing and the wooden frame that held it was broken.

The rebbi contacted police, LCSW (Lakewood Civilian Safety Watch) and the mosad’s administrators, all of whom descended on the scene quickly. A review of security camera footage revealed that two men entered the building at 3:50 a.m. Friday night, entering through a window.

“They went right to the beis medrash and didn’t seem to walk around the building,” said Rabbi Edelman. “It seems that they worked to get the safe open for about an hour, but couldn’t and took the whole thing.”

The film shows two men, but their faces could not be seen clearly and no fingerprints were left on the premises. The pair came with equipment, seemingly prepared for the possibility of absconding with the iron safe. The safe is large enough to hold four sifrei Torah, but contained only one at the time of the robbery.

It appears that the robbers pushed over the safe, breaking the wooden frame, and then dragged it out of the building.

Cheder Toras Zev was founded eight years ago and is located near the Chateau Park development on the south side of Route 9.

A $2,600 reward is being offered for information that leads to the sefer Torah’s return.

Anyone with information that could help in solving this crime is encouraged to call the Lakewood Police Department at 732-363-0200.