Israel PM Netanyahu: U.S. Embassy Should Be in Yerushalayim, Though Signals No Urgency
Israel 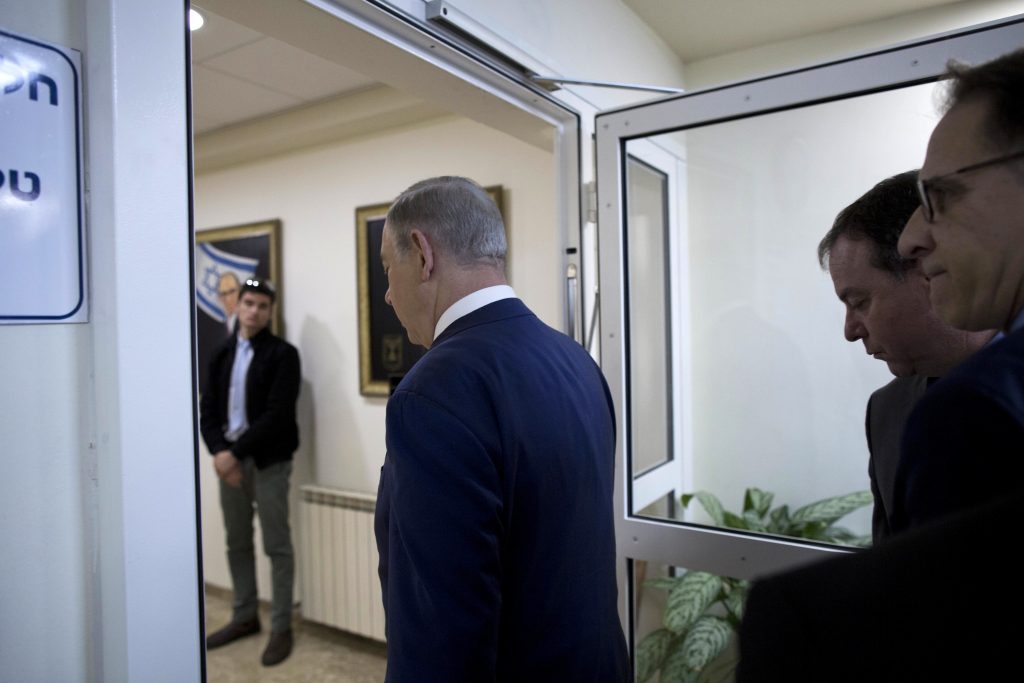 Prime Minister Binyamin Netanyahu voiced support on Sunday for moving the U.S. embassy to Yerushalayim but mentioned no time frame, after a Republican activist accused Israel of pressing the Trump administration to delay the pledged step.

Netanyahu’s comments at his weekly Cabinet meeting come a day after he unilaterally endorsed President Donald Trump’s call to build a wall along the Mexican border, saying the Israeli model along its border with Egypt has proven successful.

In an interview with Haaretz newspaper, Marc Zell, head of the Republicans Overseas Israel branch, said President Trump was “proceeding cautiously because of concerns raised by Israeli officials.”

Trump’s team spoke often during the presidential campaign about relocating the embassy from Tel Aviv to Yerushalayim.

But a week ago, Trump’s press secretary, Sean Spicer, lowered expectations of an imminent announcement about an embassy move that would anger the Arab world and possibly touch off violence.

Palestinian officials said the embassy’s relocation would kill off any prospects for peace.

Israeli officials said last Sunday the embassy issue was barely discussed in a 30-minute telephone call between Trump and Netanyahu, who are to meet in Washington early next month.

Netanyahu addressed the matter in general terms in public remarks to his Cabinet on Sunday that were described by Israeli media as a response to Zell’s accusation of foot-dragging.

“I want to take the opportunity to make it unequivocally clear that our position has always been, and remains so now and at all times, that the U.S. embassy should be here, in Yerushalayim,” Netanyahu said, without directly mentioning Zell.

Currently, no country has its embassy in Yerushalayim, the Israeli foreign ministry said. Costa Rica and El Salvador did until a few years ago, but they are now in Tel Aviv.

“Yerushalayim is Israel’s capital and it is right and proper that all of the foreign embassies, and not only the American embassy, move here. I believe that in time, most of them will indeed come to Yerushalayim,” Netanyahu told the Cabinet.

Israel has long called for the embassies to be relocated but hasn’t pushed hard for it, given the widespread international opposition.