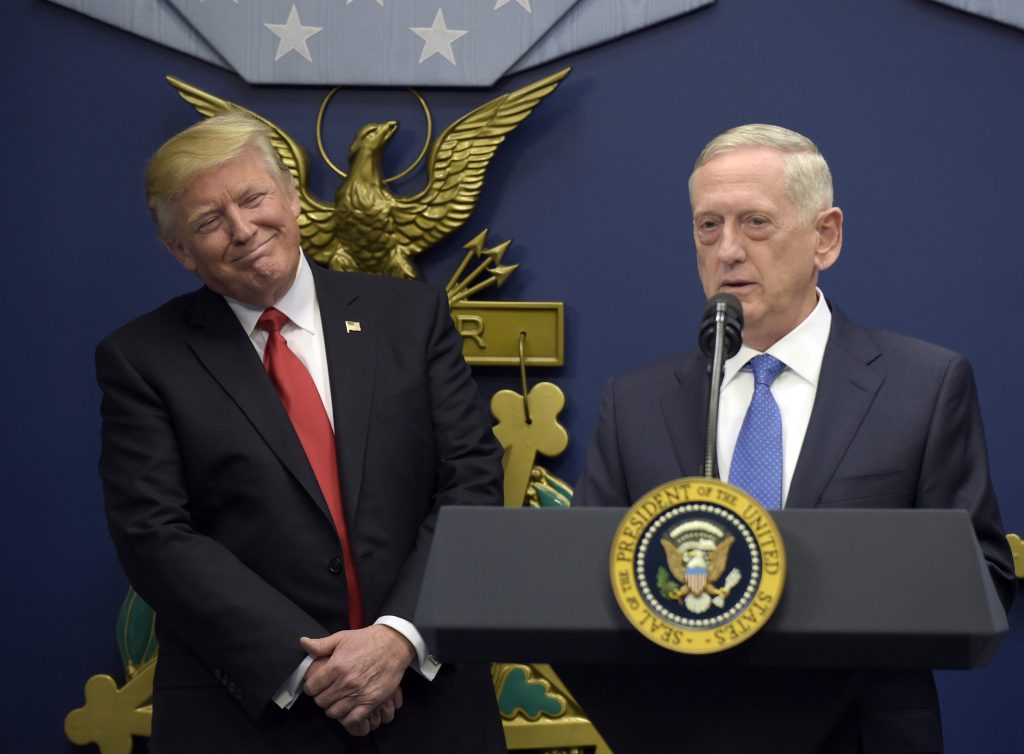 Defense Secretary James Mattis has ordered reviews of the Air Force One and F-35 fighter jet programs, two projects that have frequently been in President Trump’s crosshairs.

Pentagon spokesman Capt. Jeff Davis said Friday that Mattis ordered separate reviews of both programs to “inform programmatic and budgetary decisions,” as well as his “recommendations to the president regarding critical military capabilities.”

In a Thursday memo to the deputy secretary of Defense, Mattis said the review would look for opportunities to “significantly reduce” the cost of the F-35 program while still meeting requirements.

As part of that, Mattis said a parallel review would compare the operational capabilities of the F-35C for the Navy, which is designed to withstand the stress of landing on carriers, with the F/A-18 E/F Super Hornet.

This review would determine whether improvements could be made to an advanced Super Hornet that would provide a “competitive, cost-effective fighter aircraft alternative” to the F-35, the memo said.

A separate memo from Mattis ordered a review of the Air Force One program to determine whether costs could be cut.

Boeing Co., which builds the iconic presidential 747 aircraft, has several hundred suppliers in the U.S. that support the 747 program.

Chicago-based Boeing said in a statement, “We welcome the opportunity to continue our discussions with the Trump administration.”

Lockheed Martin, based in Bethesda, Md., said it was ready to support the review.

“We are confident such a thorough and objective analysis will show that only the F-35, with its advanced stealth and sensors, can meet the 21st century air superiority requirements of all of our military services,” the company said in a statement.

Since December, Trump has targeted the costs of both the Air Force One and F-35 programs in tweets and speeches. He has met with both Boeing and Lockheed Martin’s chief executives since then.

But pitting an advanced Super Hornet against the F-35 is not a new idea. The U.S. Navy has been buying Super Hornets in greater numbers than the F-35 for years, said Richard Aboulafia, aviation analyst for the Teal Group. The first F/A-18s flew in the 1980s, and proved their worth in the 1990s during Operation Desert Storm.

“It’s been the reality for some time,” he said.

The F-35 has three variants to fit the needs of the Air Force, Navy and Marine Corps. The Air Force version is the most common type, with many planes going to U.S. allies. The U.S. Navy is the predominant customer for the F-35C, Aboulafia said.