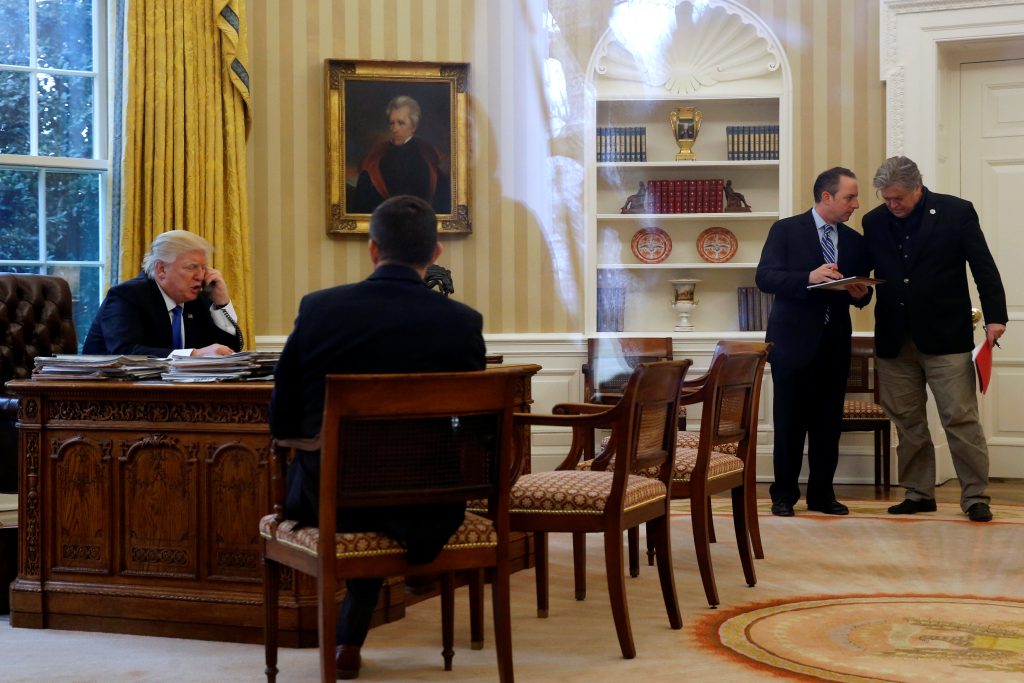 German Chancellor Angela Merkel told President Donald Trump that the global fight against terrorism was no excuse for banning refugees or people from Muslim-majority countries from entering the United States, her spokesman said on Sunday.

“She is convinced that even the necessary, decisive battle against terrorism does not justify putting people of a specific background or faith under general suspicion,” spokesman Steffen Seibert said.

He said the German government regrets the entry travel ban on refugees and citizens from seven Muslim-majority countries, and will review the consequences for German citizens with dual nationalities.

He said Merkel had expressed her concerns to Trump during a telephone call on Saturday and reminded him that the Geneva Conventions require the international community to take in war refugees on humanitarian grounds.

He said the German government would now review the consequences of the ban for German citizens with dual nationalities and would “represent their interests, if needed, vis-a-vis our U.S. partners.”

Trump on Friday ordered a four-month hold on allowing refugees into the United States and temporarily banned travelers from Syria and six other predominantly Muslim countries.

Seibert’s comments were the first indication of discord between Merkel and Trump over the issue.

The two leaders had highlighted common interests such as strengthening NATO and combating militancy in a joint statement after their 45-minute telephone call.

“Donald Trump is no longer a reliable partner,” said Dieter Janecek, economic spokesman for the Green’s parliamentary fraction. “If this insanity is not rescinded, that one should look into whether it is possible to impose a travel ban on him and Stephen Bannon, the author of this unconstitutional rule.”

Trump on Saturday accepted Merkel’s invitation to attend the a meeting of the Group of 20 industrialised nations in Hamburg in July. He also invited Merkel to visit Washington soon.

But Janecek said Germany had to take action if changes in the U.S. rules meant German lawmakers and other German citizens with dual citizenship could no longer visit the United States.

No comment was immediately available from Omid Nouripour, a Green lawmaker and vice-chief of the German-American caucus, who has German and Iranian citizenship.