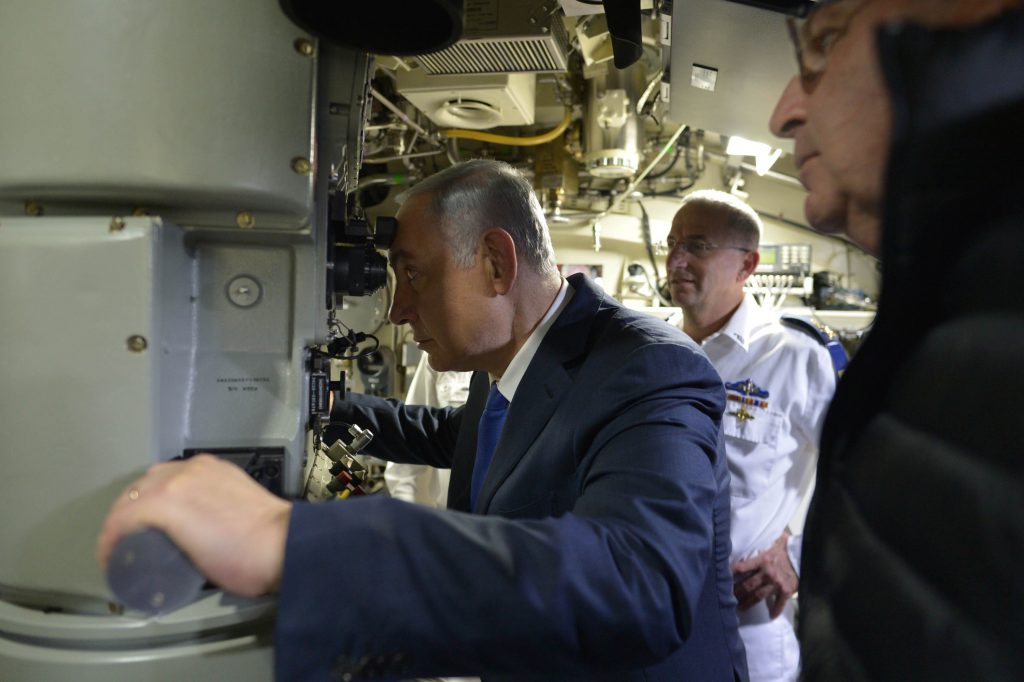 On Sunday night, the office of Israeli Prime Minister Binyamin Netanyahu published government documents which show that the procurement of four German-made submarines was carried out on the recommendation of the Israeli Navy and the Defense Ministry, and not, as Opposition MK’s and the media have claimed, at the instigation of Netanyahu himself.

The statement from the Prime Minister’s Office was accompanied by a timetable of the extensive deliberations which led up to the decision to make the purchases:

April 24, 2013: The Commander of the Navy recommends proceeding with the acquisition of the submarines.

November 9, 2013: Director General of the Defense Ministry instructs his staff that in the event that an agreement is reached with Germany, it will not be necessary to publish a tender.

November 13, 2013: The cabinet decides to proceed with the deal.

July 21, 2014: The Defense Ministry publishes an international tender for acquisition of the submarines. Contacts with the Germans continue in the background.

August 17, 2014: In the light of progress in negotiations with the Germans, the Foreign Ministry requests that the tender be suspended.

September 20, 2014: The Israeli Navy requests cancellation of the tender and finalization of the deal with Germany.

September 21, 2014: The Director General of the Defense Ministry requests cancellation of the tender in light of developments.

December, 2014: Signing of the agreement between Israel and Germany for purchase of the submarines.

The timetable was published with numerous supporting documents.