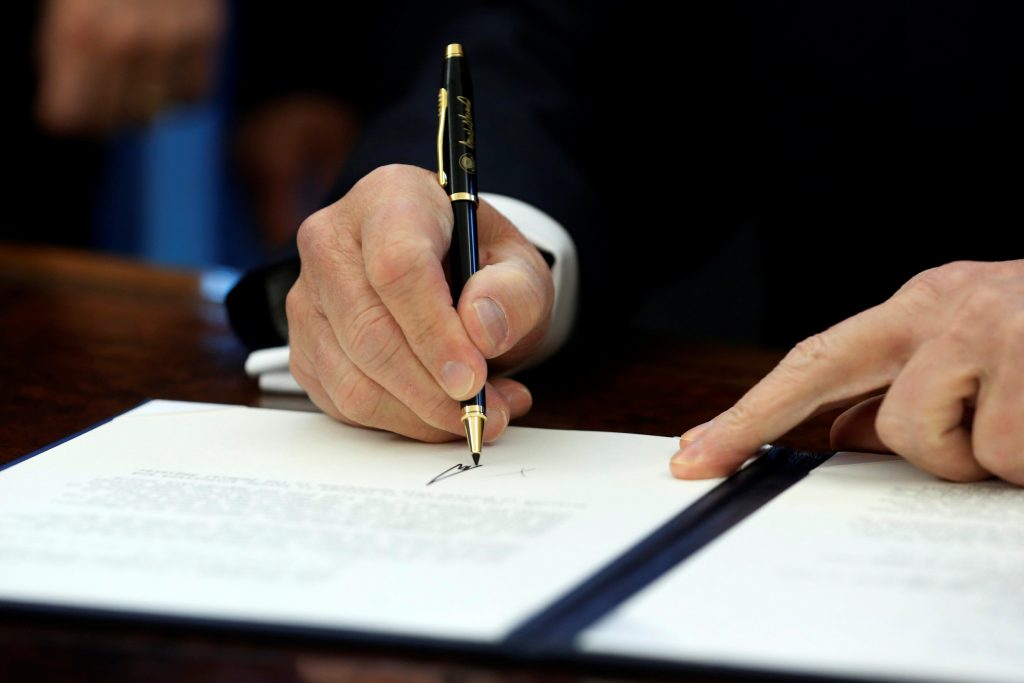 President Donald Trump signed three executive orders on Saturday afternoon, including one directing the Joint Chiefs of Staff to draft a plan to destroy the Islamic State terror group and another formalizing new lobbying restrictions on administration officials.

One of Trump’s directives orders the Joint Chiefs to submit a strategy within 30 days to defeat Islamic State terrorist groups, signaling that the new president hopes to make good on his campaign promise to more aggressively confront global terrorism than his predecessor.

Trump also signed an executive order restructuring the National Security Council and streamlining procedures in a way that the White House believes would be more adaptive to modern threats.

The lobbying rules are in keeping with Trump’s campaign promise to “drain the swamp.”