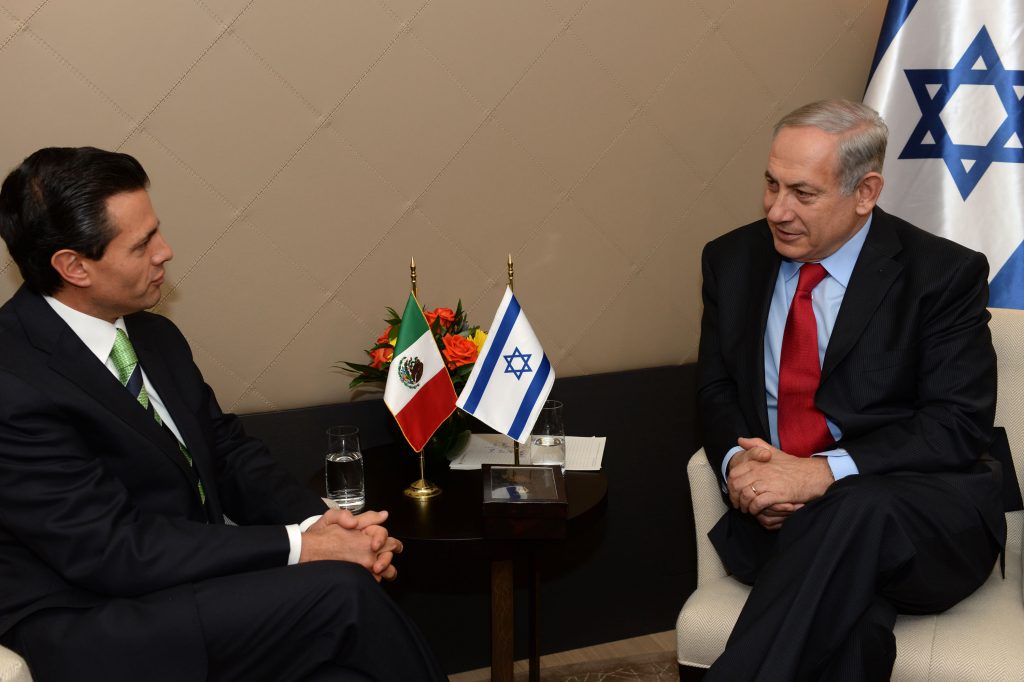 Mexico’s government on Saturday rebuked Israel for a tweet by Prime Minister Binyamin Netanyahu that appeared to applaud President Donald Trump’s plan to build a border wall with Mexico to keep out illegal immigrants.

The comment was swiftly rejected by leaders of the Jewish community in Mexico, and prompted an unusually blunt statement from Mexico’s foreign ministry.

“The Foreign Ministry expressed to the government of Israel, via its ambassador in Mexico, its profound astonishment, rejection and disappointment over Prime Minister Netanyahu’s message on Twitter about the construction of a border wall.

“Mexico is a friend of Israel and should be treated as such by its Prime Minister,” the ministry said, noting Foreign Minister Luis Videgaray had only on Friday expressed his deep affection for Israel in an event marking International Holocaust memorial day.

Israel’s Haaretz newspaper reported that the Prime Minister’s office later issued a statement saying Netanyahu was not trying to voice an opinion on U.S.-Mexican relations.

Mexico’s government and Trump have been locked in a bitter dispute over his election campaign promise to build a wall on the U.S. southern border that he says Mexico will foot the bill for. Mexico has repeatedly said it will not pay for the wall.

The Central Committee of the Jewish Community in Mexico issued a statement saying it “forcefully rejected” Netanyahu’s comment, while several prominent Mexicans of Jewish origin sharply criticized the Israeli leader on Twitter.

“So you like walls @netanyahu? Here you have a couple of nice designs,” said one, Mony de Swaan, a former head of the Mexican telecommunications regulator, posting images of walls commemorating Bergen-Belsen, the Nazi concentration camp, and the Warsaw Ghetto.

Mexican President Enrique Pena Nieto on Thursday canceled a visit to meet Trump next week after the American advised him to forgo the trip if he was not willing to pay for the wall.

In a call on Friday morning, the leaders pledged to work out their differences, and the Mexican government said the two had agreed not to discuss the issue of payment for now.