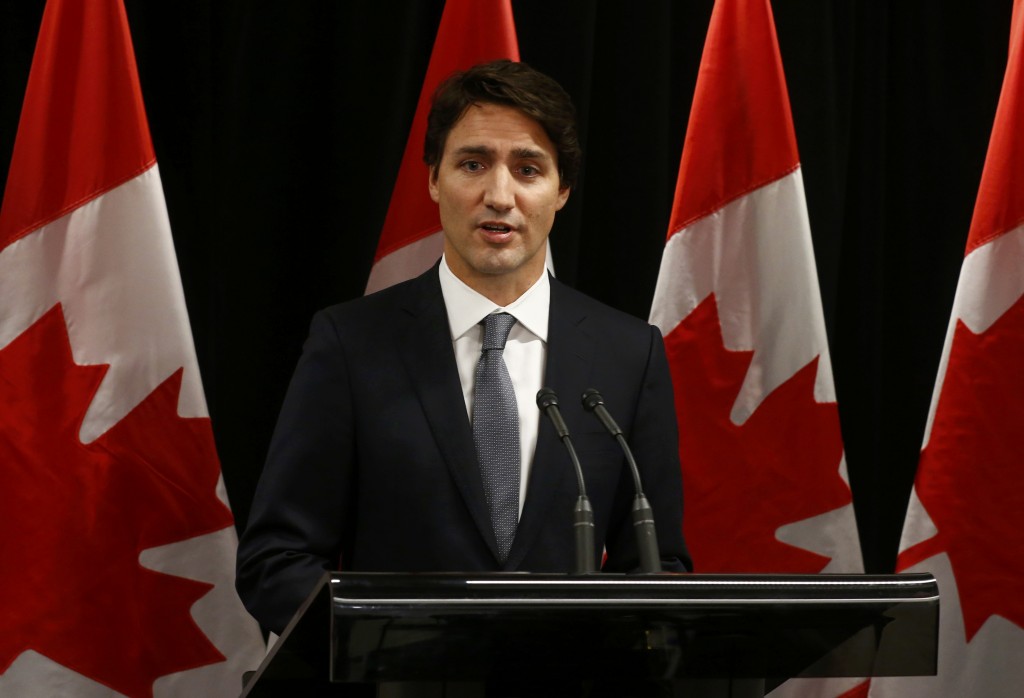 Canadian Prime Minister Justin Trudeau welcomed those fleeing war and persecution on Saturday even as Canadian airlines said they would turn back U.S.-bound passengers to comply with an immigration ban on people from seven Muslim-majority countries.

A day after U.S. President Donald Trump put a four-month hold on allowing refugees into the United States and temporarily barred travelers from the seven countries, Trudeau said in a tweet: “To those fleeing persecution, terror & war, Canadians will welcome you, regardless of your faith. Diversity is our strength #WelcomeToCanada.”

A second pointed tweet, also timed to coincide with outrage over Trump’s immigration policy, included an archive photo of Trudeau welcoming a Syrian refugee at a Canadian airport in 2015.

Confusion abounded at airports around the world on Saturday as immigration and customs officials struggled to interpret the new U.S. rules.

While Trudeau was tweeting a welcome to refugees, others on the social media platform were questioning whether Immigration Minister Ahmed Hussen – a Somali-Canadian refugee – would be able to travel to the United States under the new rules.

Hussen’s office did not respond to a request for comment.

In Canada, WestJet Airlines said it turned back a passenger bound for the United States on Saturday to comply with an executive order signed by Trump on Friday. WestJet spokeswoman Lauren Stewart said the airline would give full refunds to anyone affected by the order. It did not say which country the passenger had come from.

The order would help protect Americans from terrorist attacks, the president said.

Stewart said WestJet had been informed by U.S. Customs and Border Patrol (CBP) that the ban did not apply to dual citizens who had passports from countries other than those covered by the ban: Iran, Iraq, Libya, Somalia, Sudan, Syria and Yemen.

“U.S. CBP has confirmed it is the citizenship document they present to enter the country, not the country of where they were born,” Stewart wrote in an email.

In Vancouver, an employee at the American Airlines counter said one person traveling on an Iranian passport had been turned away Saturday morning.

Air Canada, the country’s other major airline, said it was complying with the order but did not comment on whether it had yet denied travel to any passengers.

“We are required to ensure passengers have the required documents for entry into, or transit the countries they are travelling to,” said spokeswoman Isabelle Arthur. “In the case of these nationalities, they are not permitted to enter the U.S.”

A spokesman for Porter Airlines said the Toronto-based carrier will be restricting passengers from travelling to the United States from the listed countries until further notice. Porter will waive fees for changing destinations and offer refunds for cancelled trips related to the advisory.