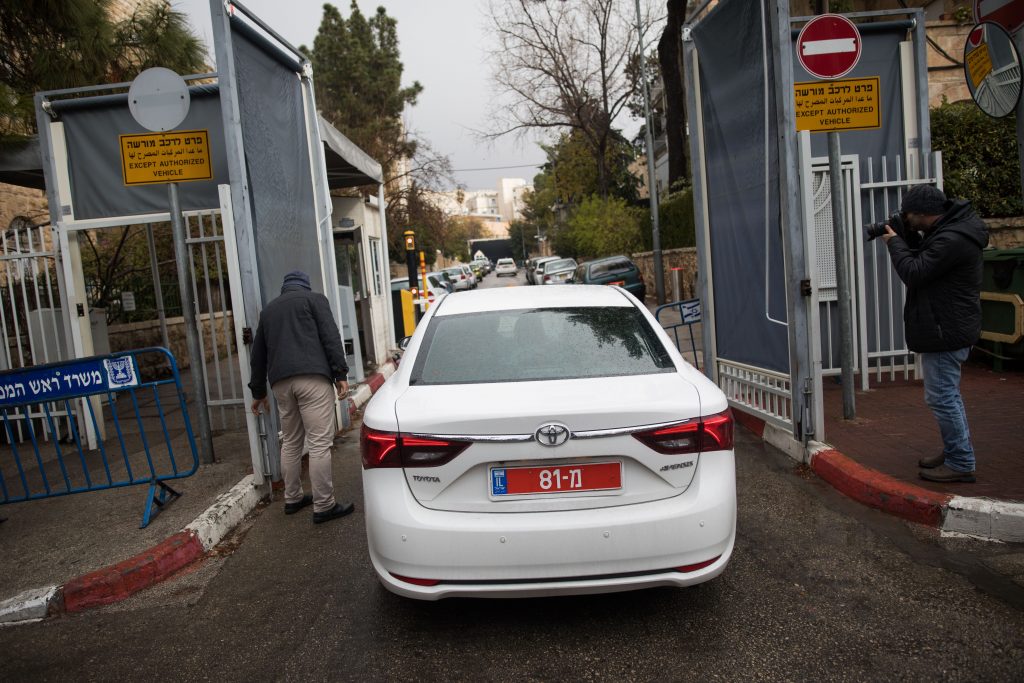 Detectives from the Israel Police anticorruption unit arrived at Netanyahu’s Yerushalayim office on Friday morning, to question him under caution as part of two ongoing investigations into alleged graft.

In questioning a suspect under caution, police investigators believe that the person they are interviewing has a case to answer.

Netanyahu, taking to social media on Thursday night, said the whole affair was an “attempt at a coup.”

The interrogation session with detectives from the Lahav 433 anticorruption unit revolved around two criminal cases: Netanyahu and his family’s dealings with billionaire benefactors, known as Case 1,000; and his negotiations for a suspected quid-pro-quo deal with the publisher of Yediot Acharonot, known as Case 2,000.

Netanyahu has been largely defiant in the face of the investigations, of which there are two other cases. In Case 3,000 — the so-called submarine affair — Netanyahu’s personal lawyer, David Shimron, is suspected of swaying multibillion-shekel deals in favor of German shipbuilding company ThyssenKrupp, which he represented in Israel. Police are considering investigating Netanyahu as a criminal suspect.

As of now, no details are known of the fourth affair, known as Case 4,000.