National Despite Trump Claims, No Fatal Shootings in Chicago During Obama’s Speech
National 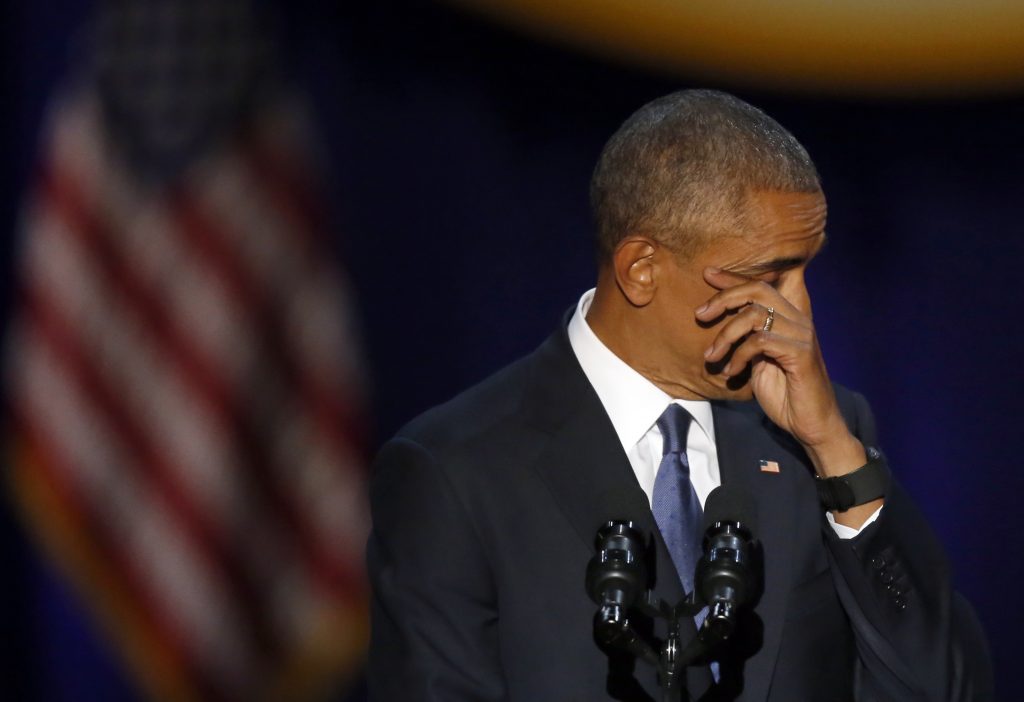 An ABC News transcript of its interview with President Donald Trump on Wednesday quoted him as saying that two people were fatally shot in Chicago while his predecessor, Barack Obama, was giving his farewell speech at Chicago’s McCormick Place — a claim shown to be false by Police Department records.

Not only did no homicides take place in Chicago during Obama’s address of about an hour on Jan. 10, but the official Police Department records and the Tribune’s crime database show that no shootings at all occurred over that time frame.

Trump apparently made the erroneous claim during an interview with ABC News anchor David Muir, who asked the president about the tweet he’d sent Tuesday that read: “If Chicago doesn’t fix the horrible ‘carnage’ going on, 228 shootings in 2017 with 42 killings (up 24 percent from 2016), I will send in the Feds!”

After once again characterizing Chicago as a war zone, Trump told Muir that two people had been fatally shot in the city during Obama’s speech. He didn’t say where or how he’d come across the information.

“So, look, when President Obama was there two weeks ago making a speech, very nice speech,” Trump said, according to the transcript of the interview. “Two people were shot and killed during his speech. You can’t have that. They weren’t shot at the speech. But they were shot in the city of Chicago during his speech. What — what’s going on?”

According to the Tribune database, the city had no slayings for about 24 hours before and after Obama’s speech, which lasted from 8:02 to 8:53 p.m. A man was shot about 20 minutes after the speech about eight miles away in the West Side’s Lawndale neighborhood, but that victim survived, according to Police Department data.

Calls and emails seeking comment from the White House media affairs office were not immediately returned.