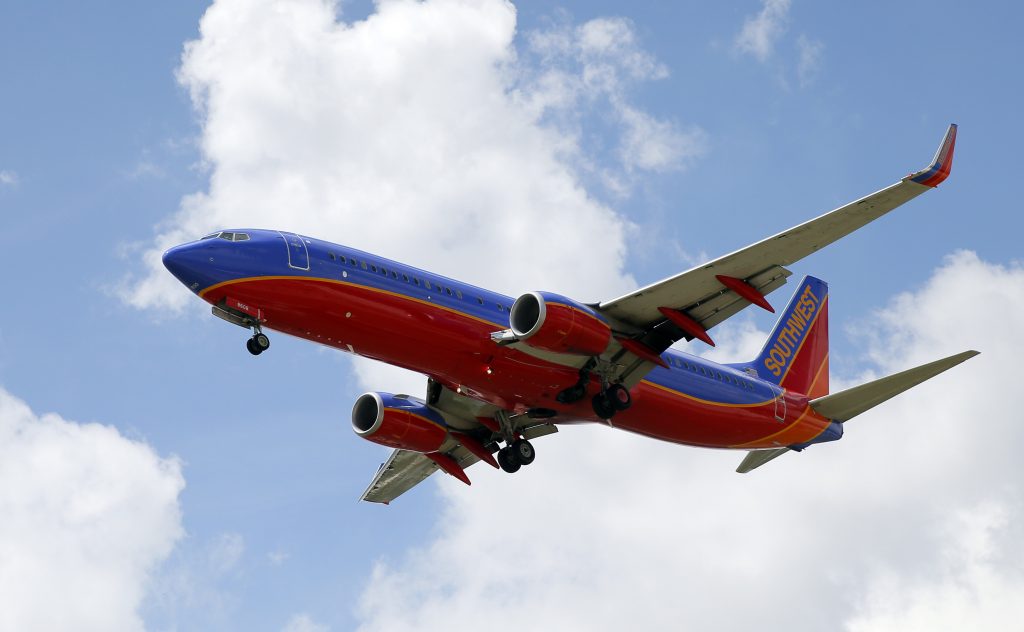 Southwest Airlines says travel demand has picked up, and the long decline in average fares could be ending soon.

Kelly said that travel demand has picked up since the November election on an increase in business travel and higher average prices for last-minute tickets — similar to recent comments by Delta and United executives.

“We are encouraged by recent revenue trends, as well as the prospects for continued economic growth and moderate fuel prices,” he said.

JetBlue, however, reported weaker pricing in January; and its shares fell.

Southwest sees a possible end to the two-year trend of lower average fares right around the corner. It predicted that a key measure of revenue per mile will be flat to down 1 percent in the first quarter, an improvement over the 2.9 percent decline in the fourth quarter.

The airlines are trying to push prices higher by slowing the growth of new flights. Southwest expects to shrink its fleet of planes this year by retiring its oldest Boeing 737 jets, although the number of seats will rise because of the addition of newer, larger 737s.

The Dallas-based airline said it earned $522 million in the fourth quarter, down 3 percent, or $14 million, from a year earlier. Excluding losses on fuel-hedging contracts, the company said it would have earned 75 cents per share, beating Wall Street forecasts.

For many years, Southwest has hedged as insurance against sharp increases in fuel. That strategy has worked brilliantly at times but backfired when oil prices were lower than the airline expected, as happened in the fourth quarter. Fuel-hedging losses added 50 cents a gallon to Southwest’s fuel bill and resulted in far higher cost per gallon than at Delta Air Lines and United Airlines.

Southwest expects higher costs to continue in 2017, partly the result of pay raises for union workers covered by new contracts.

For all of 2016, Southwest earned a record of $2.24 billion. For those who keep track — and Southwest does — that is its 44th straight profitable year, a streak unmatched by any other U.S. airline. Southwest carries more passengers in the U.S. than anyone, although its smaller international network places it behind American, Delta and United in total size.

The average fourth-quarter fare fell more than $6, or 4 percent, to $155 compared with a year ago, and executives said that revenue for each seat flown one mile, a proxy for average fares, was falling 8 percent or 9 percent in January, a surprisingly weak outlook following comments from rivals.

On a conference call, analysts pressed JetBlue leaders about cutting passenger-carrying capacity to boost fares. Executive Vice President Marty St. George said the airline has reduced its growth rate and might do more cutting: “We are on it, and we’ll be announcing something soon.” He added that booking trends in February, March and April looked better than January; but the shares kept falling as executives kept talking.