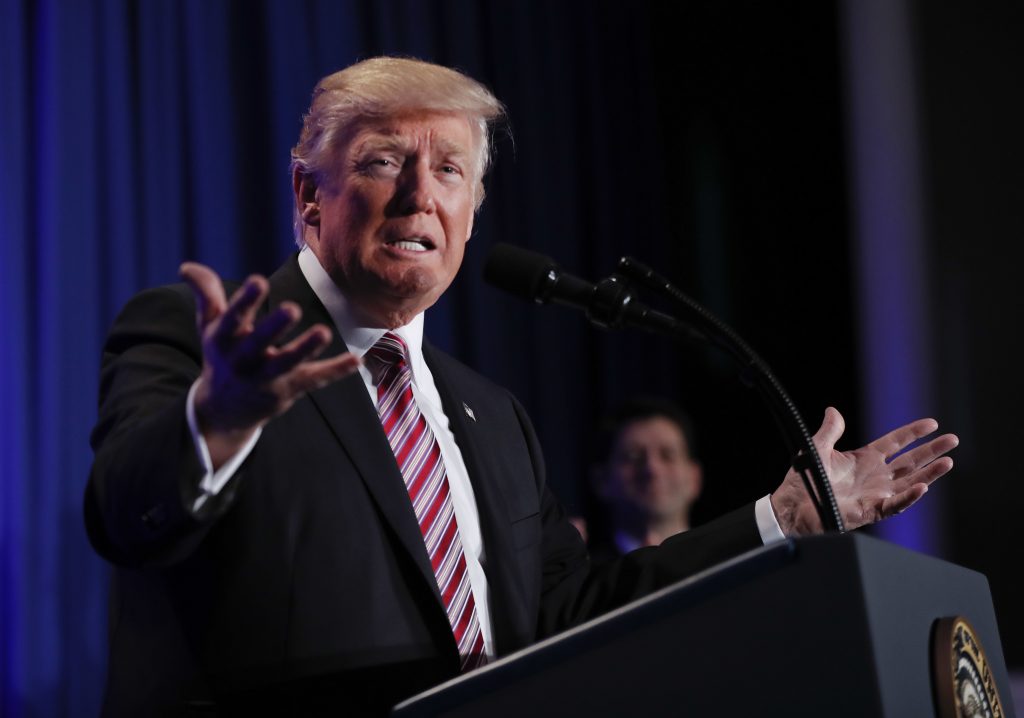 President Donald Trump on Thursday rallied fellow Republicans who control the White House and Congress for the first time in more than a decade, telling lawmakers they will be busier than they have been in decades helping him implement a broad agenda.

“Think of everything we can achieve and who we can achieve it for,” Trump told GOP House and Senate lawmakers at their annual retreat. “This is our chance to achieve great and lasting change for our beloved nation.”

Trump has moved swiftly since taking office last Friday to begin reshaping the government and American society. He has taken executive action to revive oil pipelines that were blocked by President Barack Obama, pull the U.S. out of a multinational trade agreement and overhaul the immigration system, among other steps.

Trump’s midday remarks Thursday in Philadelphia came a day after he began overhauling the nation’s immigration rules and moved to jumpstart construction of his promised U.S.-Mexico border wall. He also ordered cuts Wednesday in federal grants for “sanctuary cities,” which shield some immigrants from federal law enforcement, and authorized increases in the number of border-patrol agents and immigration officers.

Trump’s moves on immigration caused immediate friction with Mexico, prompting President Enrique Pena Nieto to cancel a trip to Washington next week for his first meeting with the new president.

The White House sought to avoid making too much of Pena Nieto’s decision. Spokesman Sean Spicer said the White House would keep the lines of communication open in hopes of scheduling a future meeting.

After returning to the White House, Trump planned to sign an executive action commissioning a probe of widespread voter fraud, Spicer said. Additional actions are planned for Friday, too, but Spicer said decisions were still to be made on exactly what Trump would sign.

The president is also expected to take steps, possibly as soon as this week, to restrict the flow of refugees into the United States. And he is considering plans to negotiate individual trade deals with the countries that have signed onto the proposed Trans-Pacific Partnership trade pact. Trump took steps earlier in the week to withdraw the U.S. from TPP, which he said puts American workers at a disadvantage.

Getting to Philadelphia meant that Trump took his first flight aboard Air Force One. He flew to Washington for the inauguration on one of the U.S. government’s familiar blue and white planes. But aircraft only use the call sign “Air Force One” when the president is on board.

He also flew in the presidential helicopter, Marine One, to Joint Base Andrews, where the airplane is parked.

Trump saluted as he walked off the helicopter and chatted with an Air Force officer who walked him to the steps of Air Force One.