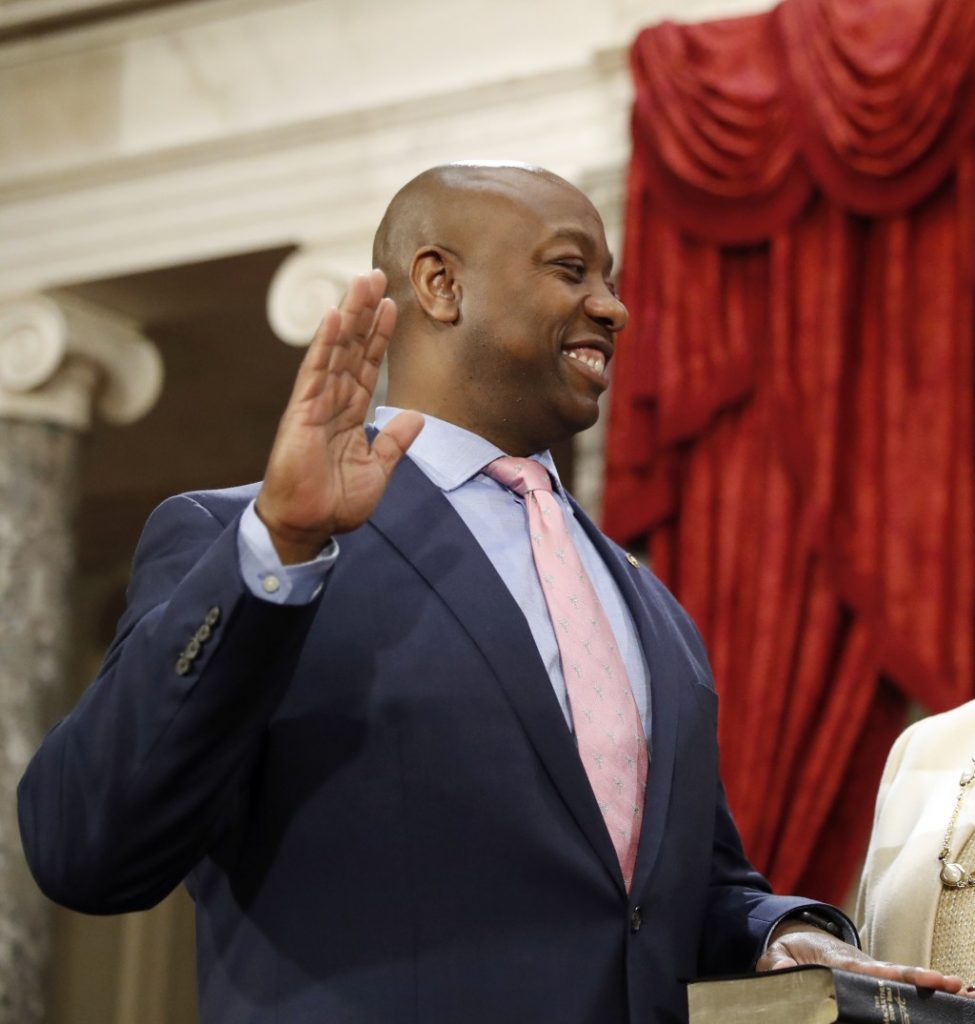 Against a backdrop of what seems to be a new era of greatly increased support for school choice initiatives, Senator Tim Scott (R-S.C.) introduced legislation that would constitute one of the strongest federal programs giving some parents the option to take government dollars to private schools.

The CHOICE (Creating Hope and Opportunity for Individuals and Communities through Education) act would give military families, families of students with disabilities, and low-income students in Washington, D.C., greater mobility to transfer the aid they are given to the institution of their choice.

The bill was first introduced in 2015 but failed to advance. Its re-introduction comes amid statements of strong support from the nearly week-old Trump administration on the issue, making the bill’s author more hopeful for success.

“We are certainly more optimistic than we were under the previous administration of the CHOICE Act’s chances of becoming law, and I will continue to work with my colleagues to spread the word about how this bill has the potential to positively impact nearly 6.2 million students across the country,” said Sen. Scott in a statement, responding to an inquiry from Hamodia.

The broadest action the bill intends to take is its move to amend the Individuals with Disabilities Education Act (IDEA). Rabbi Abba Cohen, Agudath Israel’s vice president for federal affairs and Washington director, said that additional “portable” funds for special education are in particular demand in the Orthodox community.

“Our schools have a lot of problems accessing services for special ed. The issue is a complicated one, but CHOICE could be very significant for us,” he told Hamodia.

Impediments that obstruct non-public schools from accessing funds for special education largely stem from legal decisions that have dealt them a weaker mandate to draw on services than their public school counterparts.

“This [CHOICE] wouldn’t solve all the problems, but the more money that there is in the pot, the easier access we will have to some of it,” said Rabbi Cohen.

The bill would only add funding to states that already have school choice programs in place and would not create any new, purely federal programs.

Nathan Diament, executive director for public policy for the Orthodox Union, pointed to a recent report from the Department of Education that he said showed that “billions of federal education dollars the Obama administration intended to improve K-12 education were actually wasted” as proof for the need for fundamental change in education policy.

“This is the latest evidence that parents must be empowered to deliver educational opportunities to their children, and Senator Scott’s CHOICE Act is an important step toward that goal,” he said.

School choice, an issue that received very little public attention until a decade ago, seems to have its greatest opportunity for advancement yet under the Trump administration. On the campaign trail, the president spoke of allotting $20 billon to the cause. Such a step would require massive legislation and a lot of fine-tuning. His nomination of long-time school-choice advocate Betsy DeVos to serve as secretary of education is also seen as a very positive indication by those who favor allowing more public funds to be used in private institutions.

This past Wednesday, the White House issued an official proclamation of “National School Choice Week,” which took place this week. Former President Obama had issued several proclamations for National Charter School Week during his administration.

The week, which was first instituted in 2011, seeks to bring wider attention to the issue through demonstrations, meetings and the like. The president’s proclamation came at the end of the week’s events.

“More choices for our students will make our schools better for everybody,” read the proclamation in part. “Our country is home to many great schools and many extraordinary teachers — whether they serve in traditional public schools, public charter schools, magnet schools, private or religious schools, or in homeschooling environments.”