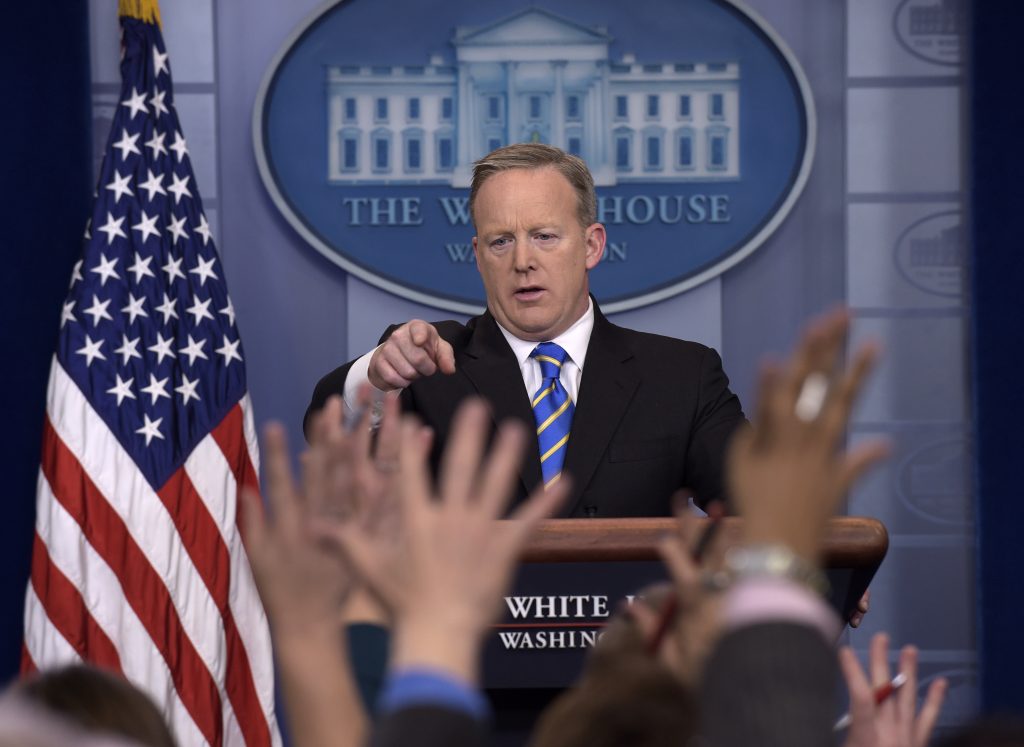 The Trump administration has declined to take a position on Israel’s latest plan to expand Jewish communities in Yehudah and Shomron, breaking with past White House criticism of such construction but leaving its own policy unclear.

White House spokesman Sean Spicer dodged a reporter’s question Tuesday on whether the administration supports the Israeli government’s decision to proceed with the construction of 2,500 housing units in Yehudah and Shomron. Spicer said the administration was still forming its foreign policy team and that President Donald Trump would discuss that and other matters when Israeli Prime Minister Binyamin Netanyahu visits next month.

The president “has asked his team to get together,” Spicer said. “Israel continues to be a huge ally of the United States. He wants to grow closer with Israel to make sure that it gets the full respect that it deserves in the Middle East and that’s what he’s going to do. We’re going to have a meeting with Prime Minister Netanyahu. We’ll continue to discuss that.”

Although Israel and its supporters were likely to see Spicer’s non-answer to the question as a welcome relief from the harsh criticism leveled by the Obama administration, U.S. officials said the response was not intended as a signal of any particular shift in policy. Instead, they said it reflected the Trump administration’s desire on only its second full working day to gets its foreign policy team in place before making a judgment.

Even so, the lack of criticism of a major Israeli settlement announcement is a departure from past administrations of both parties. Every U.S. president since Jimmy Carter has taken the position that such building is “illegitimate” under international law.