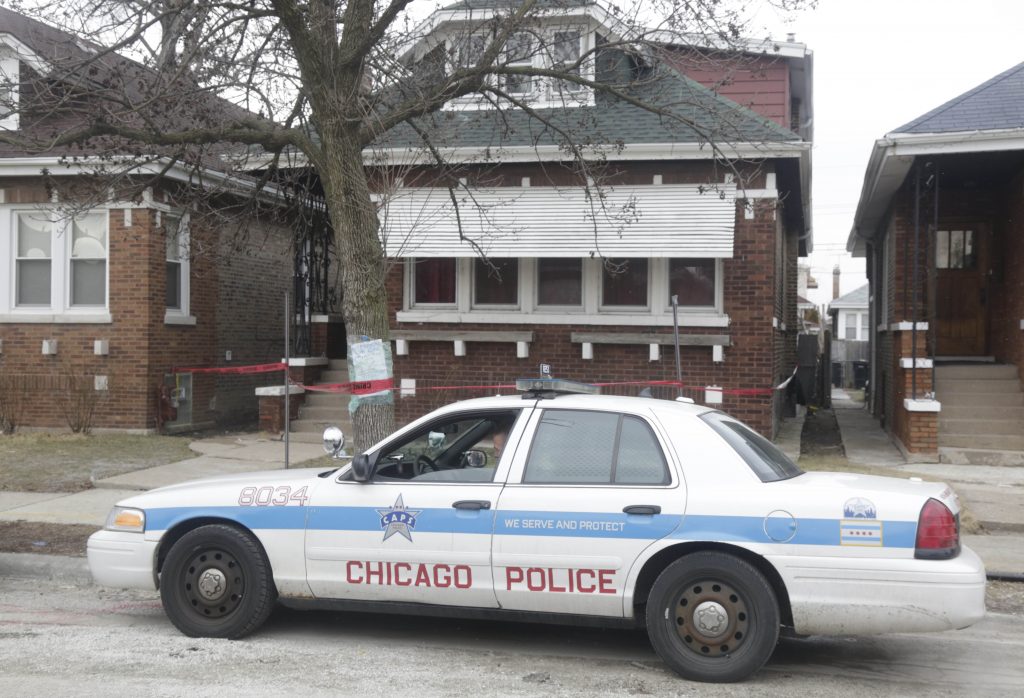 President Donald Trump says he’s ready to “send in the Feds” if Chicago can’t reduce its homicide problem, and the city’s police superintendent says he is “more than willing” to work with the federal government to combat the violence.

In response to the president’s tweet, Police Superintendent Eddie Johnson reiterated that the city is receptive to assistance from the Department of Justice, FBI, Drug Enforcement Administration and the Bureau of Alcohol Tobacco and Firearms. He also repeated that city officials have sought a “boost” in federal prosecution rates for gun crimes in Chicago since homicide figures spiked.

Trump’s tweet came a day after Mayor Rahm Emanuel criticized Trump for worrying about the size of the crowd at his inauguration. Emanuel, a longtime political ally of former President Barack Obama, has acknowledged his own frustration with Chicago’s crime rate.

The figures cited by Trump are the same as those published Monday in the Chicago Tribune. The tweet was posted about the time Tuesday evening that the figures were cited on Bill O’Reilly’s on Fox News.

The numbers were slightly different from the latest tally by the Chicago Police Department. As of Tuesday, police said, 234 people have been shot in 2017, including 38 who died. At this point last year, 227 people had been shot, including 33 deaths.

It appears that the president’s numbers for homicides came from the county’s medical examiner’s office, Guglielmi said.

Earlier this month, before he took office, Trump tweeted that Emanuel should ask for federal help if he isn’t able to bring down the homicide rate. Last year, the death toll soared to 762 – the most killings in the city in nearly two decades and more than in New York and Los Angeles combined.

In Tuesday’s tweet, Trump did not offer specifics about how the federal government could help. The White House website says: “Our country needs more law enforcement, more community engagement and more effective policing.”

Rep. Luis Gutierrez, a Chicago Democrat, criticized Trump, suggesting in a statement that the president, whom he called the “tweeter-in-chief,” would “rather spend his time on Twitter” than look for ways to reduce gun violence.

“The president wants publicity and to be seen beating up on Democratic elected officials and appearing hostile to a big city like Chicago in the eyes of his suburban and rural voters,” Gutierrez said, adding that he does not believe the president “will do anything constructive to get cheap handguns off the streets of American cities.”