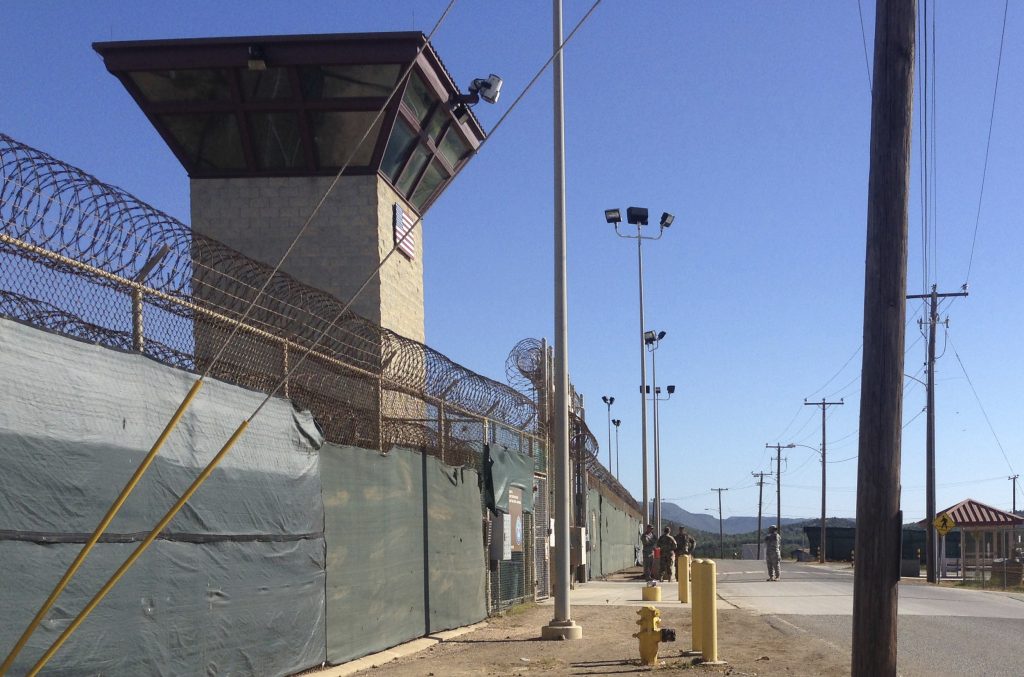 President Donald Trump is considering a major review of America’s methods for interrogating terror suspects and the possible reopening of CIA-run “black site” prisons outside the United States, according to a draft executive order obtained by The Associated Press.

The order would also reverse America’s commitment to closing the U.S. detention facility in Guantanamo Bay, Cuba, and instruct the Pentagon to send newly captured enemy combatants to the site.

The document instructs top national security officers to “recommend to the president whether to reinitiate a program of interrogation of high-value alien terrorists to be operated outside the United States and whether such program should include the use of detention facilities operated by the Central Intelligence Agency.”

The document says U.S. laws should be obeyed at all times and explicitly rejects “torture.”

But its reconsideration of the harsh interrogation techniques banned by President Barack Obama and Congress is sure to inflame passions in the United States and abroad. While some former government leaders insist the program was effective in obtaining critical intelligence, many others blame it for some of the worst abuses in the “war on terror” after the Sept. 11, 2001, attacks in the United States.

The AP obtained the draft order from a U.S. official, who said it had been distributed by the White House for consultations before Trump signs it. The official wasn’t authorized to speak publicly on the matter and demanded anonymity.

The reports of an upcoming order were already sparking significant alarm among Republicans as well as Democrats.

“The president can sign whatever executive orders he likes. But the law is the law,” said Republican Sen. John McCain, who was held captive during the Vietnam War. “We are not bringing back torture in the United States of America.”

On the campaign trail, Trump spoke emphatically about toughening the U.S. approach to fighting the Islamic State terrorist group. He said he would interrogate terror suspects with waterboarding, which simulates drowning, and “a lot worse.” Since becoming president, however, he has tempered those calls, noting his Defense Secretary James Mattis’s advice that torture is ineffective.

President George W. Bush publicly acknowledged the clandestine CIA-run detention facilities in 2006. After condemnation in much of the world, Obama ended the program in his first days in office.

A 2014 report led by Senate Democrats said the CIA’s interrogation program was more brutal than previously understood and failed to produce unique intelligence that couldn’t have been obtained through more traditional methods.

The draft order appears to echo Trump’s calls for greater unpredictability in how the U.S. conducts its national security policy.

It says national defense depends upon constitutional behavior, but also notes a need to “obtain critical intelligence information” so that offensive action, including military action, can be taken against those plotting attacks on the United States.

The document criticizes Obama for refraining from exercising powers critical to America’s defense, such as by opposing detentions at Guantanamo and allowing the “nation’s most sensitive interrogation methods” to be revealed. Such efforts had a “predictably negative impact on the morale of our intelligence community.”

The order calls for “modifications” and “additions” to interrogation policies “as consistent with the law, for the safe, lawful, and effective interrogation of enemy combatants captured in the global war on terrorism.”

It asks for “any updates or modifications” to a 2007 executive order signed by Bush that ordered limited compliance with the Geneva Conventions. Obama revoked that order after coming to office in 2009.

It recommends “any legislative proposals that would be necessary to protect our national security and to permit the resumption of an effective and lawful interrogation program.”

“No person in the custody of the United States shall at any time be subjected to torture or cruel, inhuman, or degrading treatment or punishment, as proscribed by U.S. law,” the document adds.

On Guantanamo, the draft order says, detention facilities “are a critical tool in the fight against international jihadist terrorist groups who are engaged in armed conflict with the United States, its allies and its coalition partners.”

Detentions there are “legal, safe, and humane, and are consistent with international conventions regarding the laws of war,” it says – a direct rebuke of Obama, who sought to close the facility. About 40 detainees remain there.

The document says “over 30 percent detainees” who’ve been released have returned to armed conflict, with at least a dozen conducting attacks “against U.S. personnel or allied forces in Afghanistan.” Six Americans, including a civilian aid worker, died as a result of those attacks.

Any pending transfers of prisoners would be suspended.