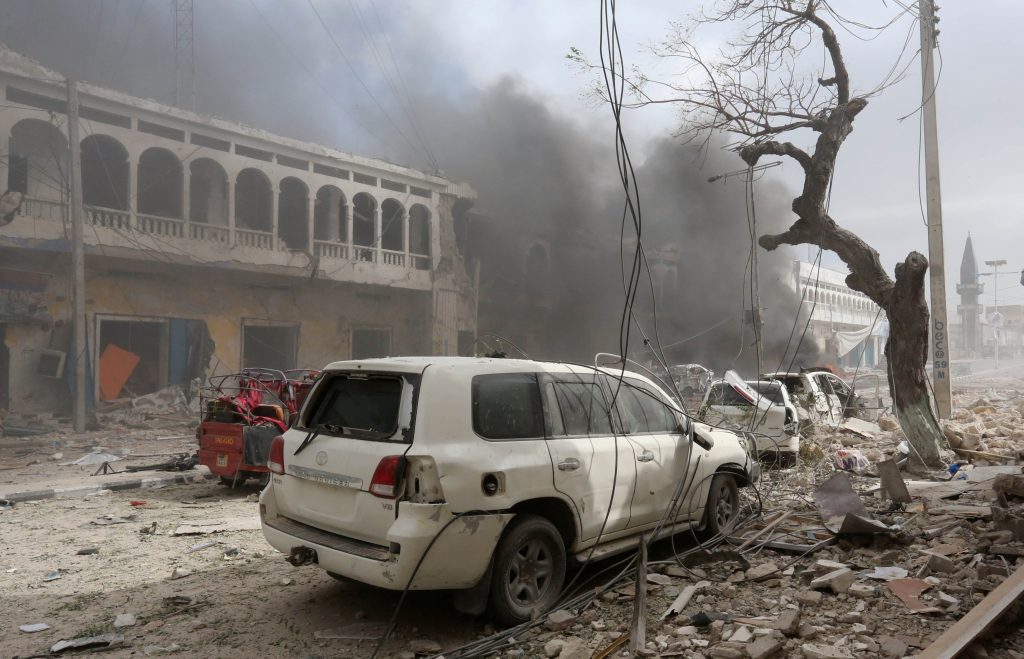 Terrorists from a Somalian violent Islamic group fought their way into a hotel in the Somali capital after a suicide car bomb exploded at its gates, a police officer said Wednesday.

Dozens of people, including lawmakers, were thought to have been staying at Mogadishu’s Dayah Hotel at the time of the morning attack, said Capt. Mohamed Hussein. Heavy gunfire could still be heard inside the hotel, Hussein said. He had no immediate information about casualties.

Somalia’s homegrown Islamic terror group al-Shabab claimed responsibility for the attack via its online radio, Andalus, saying its terrorists succeeded in entering the hotel and an “operation is ongoing now.”

Al-Shabab frequently targets hotels and other public places often visited by government officials and foreigners. Al-Qaida’s East African affiliate is fighting to impose a strict version of Islam in the Horn of Africa nation.

In June, terrorists stormed the Nasa-Hablod Hotel, killing at least 14 people. Two weeks before that, gunmen killed 15, including two members of parliament, at the Ambassador Hotel.

Despite being ousted from most of its key strongholds, al-Shabab continues to carry out deadly guerrilla attacks across large parts of south and central Somalia. Earlier this month, a bomb explosion at a restaurant in Mogadishu killed three, and a suicide bomber detonated an explosives-laden vehicle at a security checkpoint near Mogadishu’s international airport, killing at least three. That blast occurred a few hundred yards from the main base of the African Union peacekeeping mission.

Al-Shabab’s assaults have threatened this nation’s attempts to rebuild from decades of chaos. The presidential election, a key step toward recovery, already has been delayed several times because of security and other concerns.