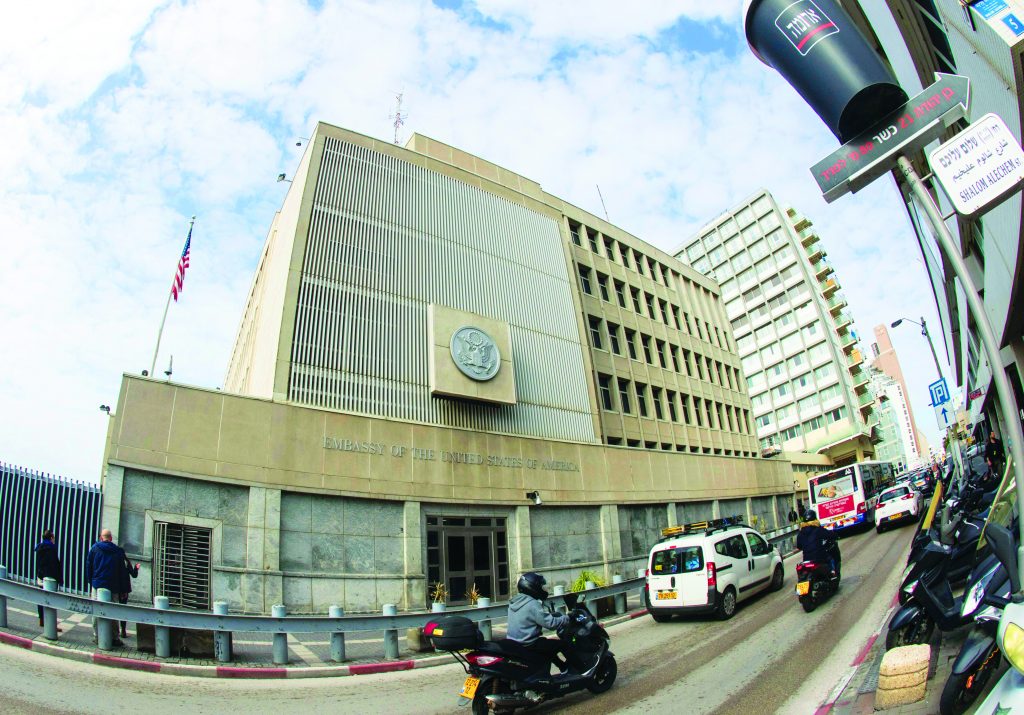 Will he or won’t he? After White House spokesman Sean Spicer appeared to “walk back” promises by President Donald Trump that the U.S. Embassy would be moved from Tel Aviv to Yerushalayim at a press conference Monday, Palestinian Authority sources said that they had received “assurances” that no embassy move would take place.

But those sources were later contradicted by others, who quoted White House officials as saying that no one in the administration had discussed the embassy move with the PA.

The London-based Arabic daily Al Sharq al-Awsat reported Wednesday that PA officials had been told that, at least for now, the embassy would not be moved. A similar story in Haaretz quoted Ahmad Majdalani, an aide to PA chief Mahmoud Abbas, as saying that “we received a calming message from the administration that the transfer of the embassy is not at the top of President Trump’s agenda, and that the administration will instead concentrate on the peace process.” The message was likely transferred to the PA via Egyptian President a-Sisi, who spoke with Trump over the weekend.

But other sources quoted in Israeli media Wednesday, including in Yisrael Hayom, said that this was not correct. “We have not spoken with the PA on the embassy,” that source said. “We are discussing moving the embassy, and have nothing further to say about the matter at this time.” At his press conference Monday, Spicer said the decision on whether or not to move the embassy was at its “early stages.”

Trump has several times said that he planned to move the embassy. Speaking to Yisrael Hayom editor Boaz Bismuth before last week’s inauguration, Trump said “I remember what I said about Yerushalayim,” Trump responded. “Of course I haven’t forgotten. And you know I am not a person who forgets his promises.”

In an interview on the day after the election, David Friedman, Trump’s choice for American ambassador to Israel, told Army Radio that “Israel will have an extraordinarily good friend in the White House, one who will treat Israel with love and respect, and one who appreciates the miracle of Israel. It will be a very welcome change from the past 8 years.”

Since the election, Palestinian Authority chief Mahmoud Abbas has increased his rhetoric against the move, warning that it would destroy the peace process and that there would be “consequences” if the embassy was moved.