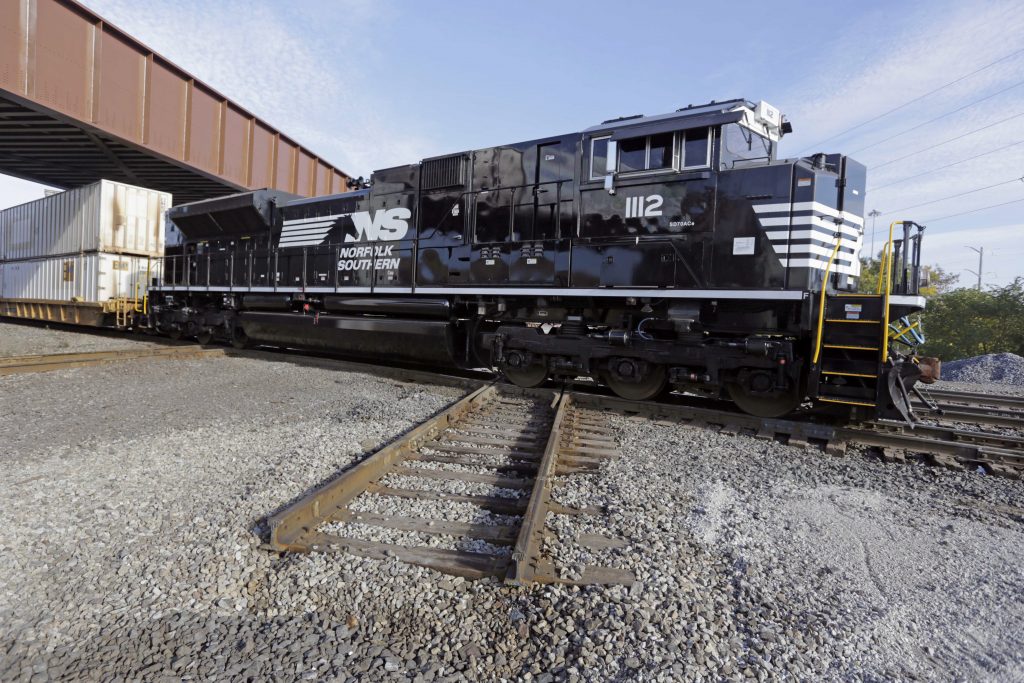 Norfolk Southern Corp.’s profit for 2016 and for the fourth quarter of the year both rose, year over year, the company reported on Wednesday.

The consensus earnings-per-share estimate of 28 analysts surveyed by Thomson Reuters was $1.36.

Operating revenue for the fourth quarter was $2.5 billion, a 1 percent drop from the same period a year ago, tied to lower general merchandise and coal traffic volume, along with reduced fuel surcharges.

Like those charged by other freight transportation companies, the railroad’s fuel surcharge is a fee added to rates based on the price of fuel. As the cost of fuel goes up or down, so does the surcharge.

For the year, operating revenue dipped 6 percent to $9.9 billion, driven by a 3 percent drop in volume attributed to reductions in energy-related markets, the railroad’s restructuring of its Triple Crown subsidiary and lower fuel surcharges.

The year 2016 “was a pivotal year as Norfolk Southern began implementing its new strategic plan,” said James Squires, the company’s chairman, president and CEO. “We delivered $250 million of productivity savings and recorded our best-ever operating ratio, notwithstanding challenging business conditions.”

The company’s record operating ratio for the year was 68.9. It’s a measure of profitability derived by dividing operating expenses by revenue. The smaller the ratio, the better.

In trading Tuesday on the New York Stock Exchange, Norfolk Southern’s stock price rose $3.07 a share, to close at $116.62.

Coal revenue for the fourth quarter fell 7 percent from the same quarter a year earlier, to $403 million. For the year, coal revenue dropped 18 percent from 2015 to $1.5 billion because of a 16 percent decrease in traffic volume.

Norfolk Southern’s coal franchise, which includes serving about 79 coal-burning power plants, accounted for 17 percent of the company’s total railway operating revenues in 2015, according to the company’s annual report.

Revenue in the railroad’s other business segments in the fourth quarter, compared with the year-earlier period:

—Intermodal — the handling of cargo containers that can move interchangeably by rail, truck or ship — grew 4 percent, to $583 million.

On Tuesday, the company’s board of directors voted to increase the quarterly dividend on common stock by 3 percent, or 2 cents per share, to 61 cents from 59 cents per share. The dividend is payable March 10 to stockholders of record on Feb. 3.