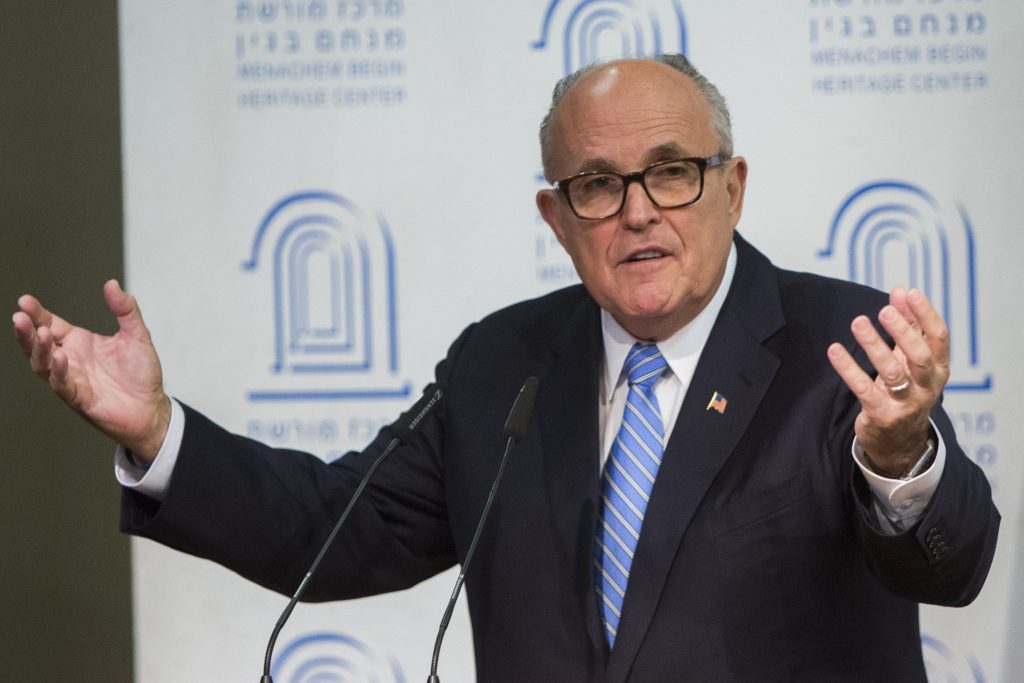 Journalists persisted on Wednesday in trying to obtain some snippet of information of the status of the proposal to move the U.S. embassy to Yerushalayim, and former New York mayor Rudy Giuliani, now U.S. President Donald Trump’s cybersecurity advisor, wasn’t much help.

Giuliani, on a visit to Israel, confirmed to The Jerusalem Post that the issue “is under active consideration,” but whether it will happen or not remains one of the current imponderables of the new administration.

Asked whether he feels that Trump has changed his mind, Giuliani responded, “I think that now that he is in office, there are a lot more facts and arguments and people you have to consult with before you make a final decision, and it is a more deliberative process. I don’t think his position has changed in any way.”

Giuliani is in Israel representing Greenberg Traurig’s Cybersecurity, Privacy and Crisis Management practice, of which he is chairman. He is scheduled to meet Prime Minister Netanyahu on his visit, as he does whenever he visits the country.