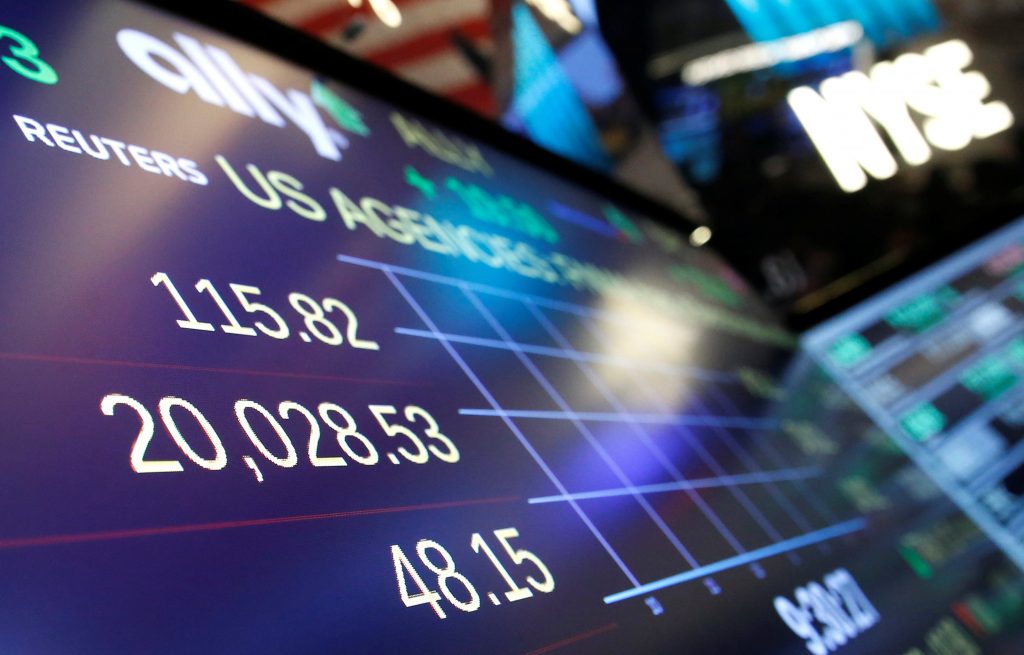 The Dow Jones Industrial Average traded above 20,000 for the first time on Wednesday, resuming a rally that began in the wake of President Donald Trump’s election victory.

The rally was reignited by Trump’s signing of numerous executive orders since his inauguration on Friday.

The index came within a point of the historic level on Jan. 6, as investors banked on pro-growth policies and tax cuts from the new administration.

But the venerable index had stalled recently, dropping modestly in consecutive weeks, as investors grew cautious as they looked for clarity on the administration’s new policies.

“A seminal moment. It is just a number but it is a big number, it is certainly a flashy number,” said Tim Ghriskey, chief investment officer of Solaris Group in Bedford Hills, New York.

“There is a real belief that Trump is real, he has been extremely active these first couple of days of the presidency and a change may happen faster than people had thought.”

If the index remains above 20,000 by closing time, the 42-session surge from the first close above 19,000 would mark the second-shortest length of time between such milestones.

The move since Nov. 22, when the index closed above 19,000 for the first time, has been spearheaded by financial stocks – with Goldman Sachs and JPMorgan accounting for about 20 percent of the gain.

The two banks have benefited as investors bet that Trump’s expected fiscal stimulus will trigger inflation and stoke a rise in interest rates.

On Wednesday, Boeing rose 2.3 percent after its earnings and Goldman Sachs was up 0.7 percent, helping to push the index over the top.

The S&P and the Nasdaq also hit record intraday highs.