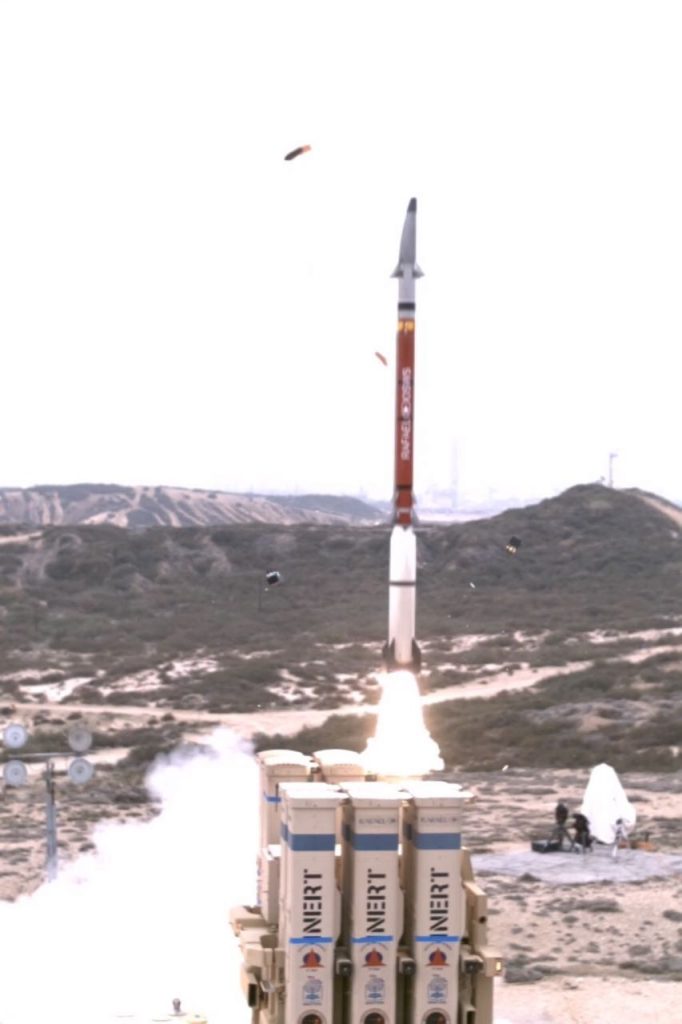 Israel and the United States announced on Wednesday the completion of tests on the latest version of the David’s Sling anti-ballistic missile system.

The test series, designated David’s Sling Test-5 (DST-5), was the fifth in a series of tests of the David’s of the system, which will be an integral part of Israel’s multi-tiered missile defense array.

This test series was conducted at Yanat Sea Range, operated out of Palmachim Air Base, Israel.

“This test campaign is a critical step in ensuring Israel has the capability to defense itself from a very real and growing threat,” said U.S. Missile Defense Agency Director Vice Adm. Jim Syring.

“We remain strongly committed to supporting Israel’s development of a missile defense system.”

The test examined capabilities and performance of the entire David’s Sling Weapon System. Threat-representative targets were launched and successfully intercepted by Stunner missiles. The Multi-Mission Radar (MMR) detected the target after launch and transferred flight information to the Battle Management Center (BMC), which calculated the defense plan.

The information collected during the test is being analyzed by program engineers and will be used for ongoing development and fielding of the David’s Sling Weapon System.

David’s Sling, which is geared for defense against medium and long-range missiles, has been designed to complement Iron Dome, which is used to knock down short-range missiles from the Gaza Strip and the already operational Arrow 3, used to intercept long-range ballistic missiles.