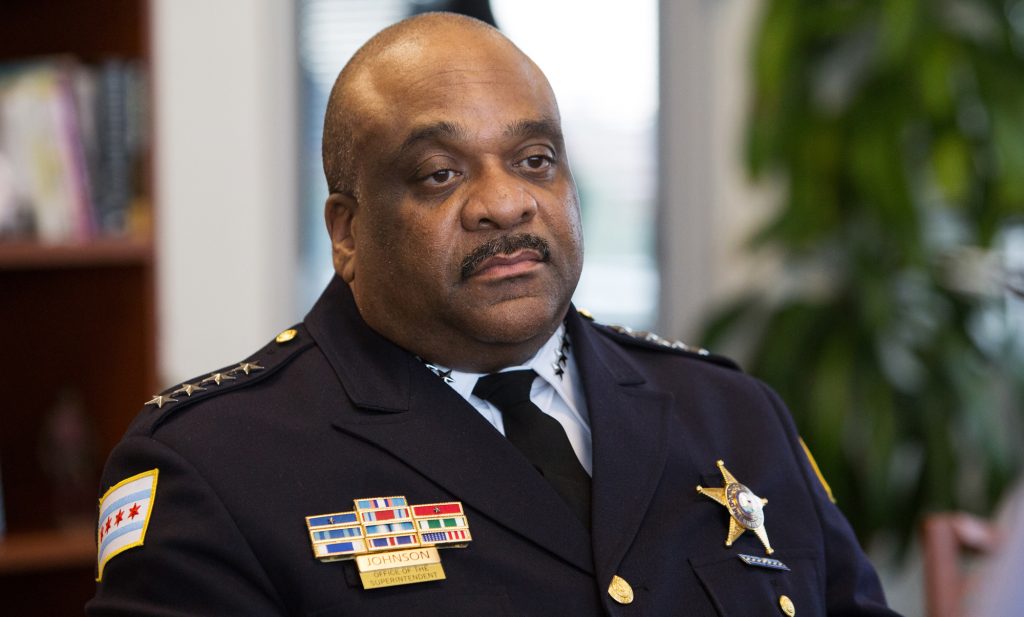 Chicago police Superintendent Eddie Johnson said Wednesday he’s baffled by the meaning of President Donald Trump’s latest tweet on Chicago violence but said he would oppose bringing in the National Guard if that is what the president is considering.

“The statement is so broad. I have no idea what he’s talking about,” Johnson said of Trump’s tweet Tuesday night threatening to “send in the Feds!” if Chicago “doesn’t fix the horrible ‘carnage.’”

In a telephone interview, Johnson told the Chicago Tribune he hasn’t been contacted by the Trump administration and didn’t believe Mayor Rahm Emanuel or other city officials had been either.

If Trump meant in his tweet that he might bring in the National Guard to help quell the city’s violence, Johnson said he would be opposed to that.

He was not sure what authority the troops would have, but he didn’t believe they would have the power to make arrests.

“They’re not trained for this type of action,” he said.

Johnson said he does not oppose increased assistance from the federal government — whether that would mean more agents from the FBI and ATF or more help geared toward youth living in Chicago’s most violent neighborhoods.

“We would use (federal funding for) mentorship programs, after-school programs,” he said. “Those are the things I think we can use.”

Homicides exceeded 760 in 2016, the worst in two decades, and seemingly runaway violence has continued so far in January.