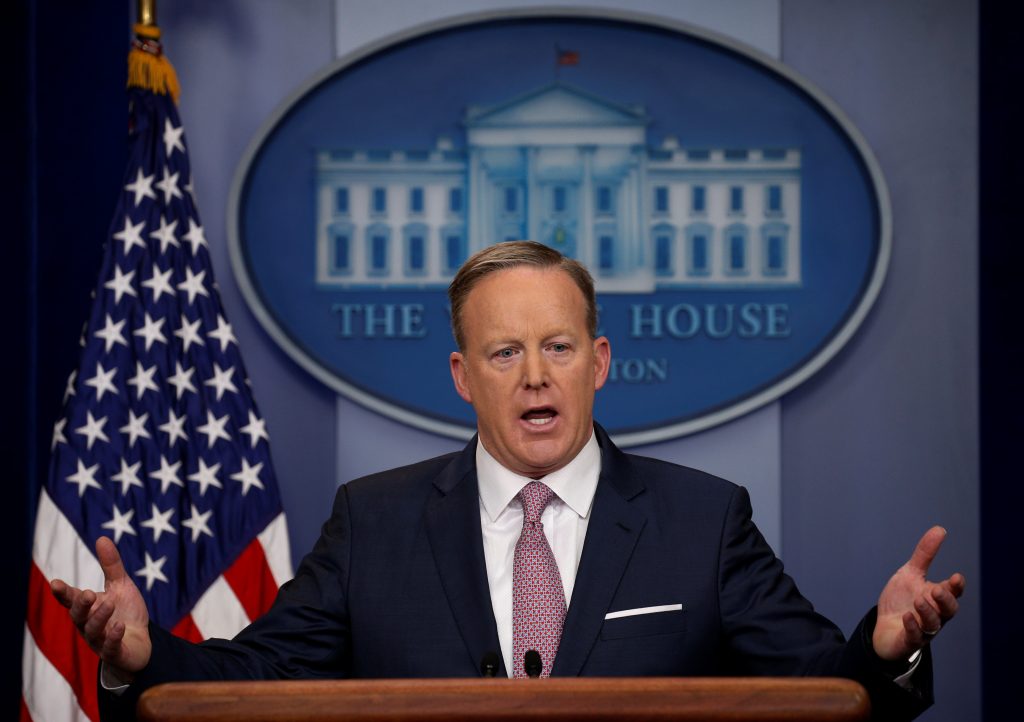 The White House on Tuesday stuck firmly to President Donald Trump’s claim that millions of people voted illegally in the November election, but provided no evidence to back up his assertion.

Trump spokesman Sean Spicer said the president “does believe” that he lost the popular vote to Democrat Hillary Clinton only because of widespread illegal ballots.

“He believes what he believes, based on the information he was provided,” Spicer said. But he would not detail what information he was referring to, citing only a 2008 study that called for updating voter rolls but did not conclude there has been pervasive election fraud.

Spicer, who spent several years at the Republican National Committee before joining the White House, would not say whether he shared the president’s belief. He also sidestepped questions about whether the White House would investigate the voter fraud allegations, saying only, “Anything is possible.”

Trump first raised the prospect of illegal voting during the transition. Then, during a reception with lawmakers at the White House Monday evening, he again claimed that he’d lost the popular vote because three million to five million immigrants living in the U.S. illegally had voted. That’s according to a Democratic aide familiar with the exchange who spoke on condition of anonymity to discuss the private meeting.

Aides and associates of the president say that he is dogged by insecurity over his loss of the popular vote and believes Democrats and the media are questioning the legitimacy of his presidency. On Tuesday, the president tweeted a photograph from the inauguration taken from an angle that accentuated the crowd and said he planned to hang the image in the press area of the White House.