World U.K. Supreme Court: May Must Get Parliament’s Approval to Trigger Brexit
World 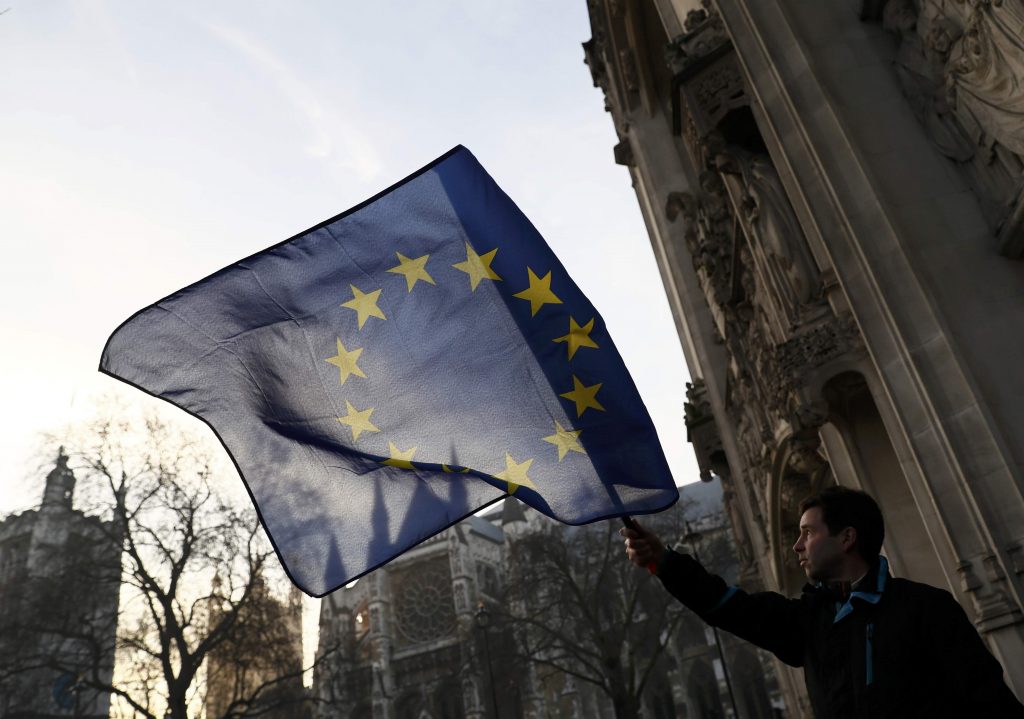 Britain’s government must get parliamentary approval before starting the process of leaving the European Union, the Supreme Court ruled Tuesday, potentially delaying Prime Minister Theresa May’s plans to trigger negotiations by the end of March.

The ruling forces the government to put a bill before Parliament, giving pro-EU politicians a chance to soften the terms of Brexit — Britain’s exit from the EU. “Leave” campaigners had objected, saying Parliament shouldn’t have the power to overrule the electorate, which voted to leave the bloc in a June 23 referendum.

May had said she would use centuries-old powers known as royal prerogative to invoke Article 50 of the EU treaty and launch two years of exit talks. The powers — traditionally held by the monarch —permit decisions about treaties and other issues to be made without a vote of Parliament.

“The referendum is of great political significance, but the Act of Parliament which established it did not say what should happen as a result, so any change in the law to give effect to the referendum must be made in the only way permitted by the U.K. Constitution, namely by an Act of Parliament,” the president of the Supreme Court David Neuberger said in reading the judgment.

“To proceed otherwise would be a breach of settled constitutional principles stretching back many centuries,” he said.

The case was considered the most important constitutional issue in a generation, clarifying who ultimately wields power in Britain’s system of government: the prime minister and her Cabinet, or Parliament.

Financial entrepreneur Gina Miller sued to force the government to seek Parliamentary approval before invoking Article 50. Leaving the EU will change the fundamental rights of citizens and this can’t be done without a vote of lawmakers, she argued.

May had argued that the referendum gave her a mandate to take Britain out of the 28-nation bloc and that discussing the details of her strategy with Parliament would weaken the government’s negotiating position.

Significantly, the court also ruled that parts of the United Kingdom — Scotland, Wales and Northern Ireland — do not need to be consulted. Had the court ruled that the “devolved” parliaments needed a say, a significant delay to the process would have been likely as lawmakers from the regions piled in with concerns.

The decision doesn’t mean that Britain will remain in the EU. But it could delay the process.

The government moved quickly to say it would offer its plans in detail to the House of Commons on Tuesday afternoon. Legal experts suggest that May will try to keep the scope of the legislation narrow — focusing solely on triggering Article 50 — in order to limit the chance for amendments that could delay a vote.

But opposition became evident immediately. Opposition Labour leader Jeremy Corbyn said the party would seek to amend the legislation to make sure the government is “accountable.” The Scottish National Party, the third largest party in the House of Commons, promised to offer 50 amendments.

“Today’s result comes as a surprise to no one. Unfortunately for businesses and other institutions, Brexit still means uncertainty,” said Phillip Souta, head of U.K. public policy at law firm Clifford Chance. “Parliament remains divided and the outcome of the negotiations remain unknown.”

The bill could also be subject to delay in the unelected House of Lords.

“Defeat in the House of Lords would not stop Brexit from happening, but it could delay it until mid-2020,” Souta said.

Miller, an online investment manager, had argued the case wasn’t about blocking Brexit. Instead, she said, it was about “democracy” and the “dangerous precedent” that a government can overrule Parliament. For Miller, the 8-3 verdict from the Supreme Court judges brought vindication after months of threats to her security that followed her involvement in the case.

“No prime minister, no government can expect to be unanswerable or unchallenged,” she said. “Parliament alone is sovereign.”

The case revolved around an argument that dates back almost 400 years to the English Civil War as to whether power ultimately rests in the executive or Parliament.

Underscoring the importance of the case, May put Attorney General Jeremy Wright in charge of the legal team fighting the suit. Wright had argued that the suit is an attempt to put a legal obstacle in the way of enacting the referendum result.