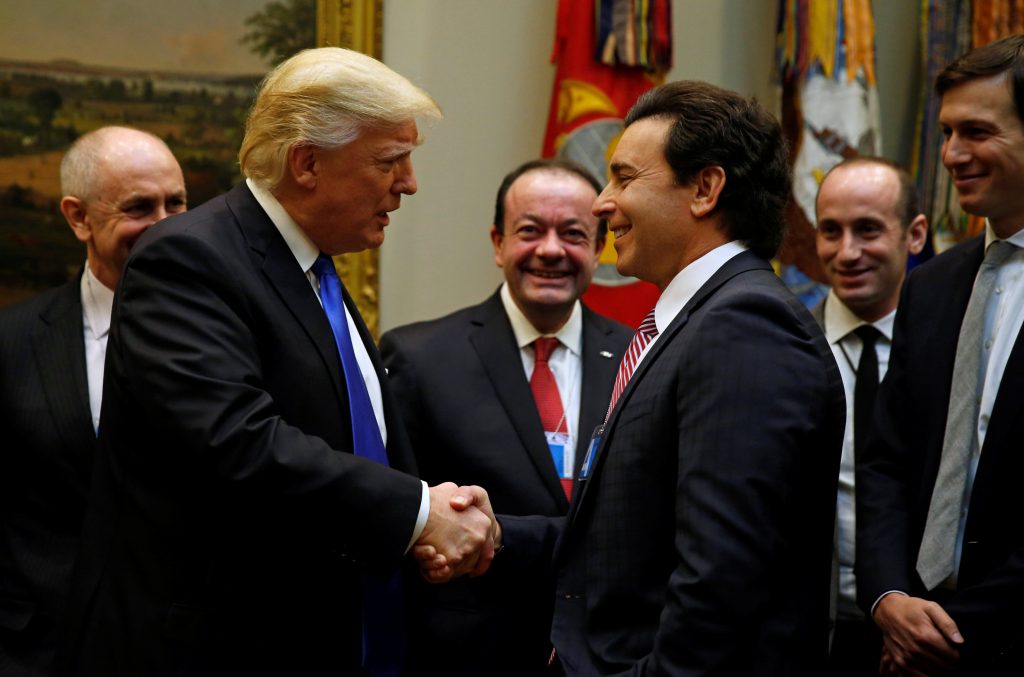 “We have a very big push on to have auto plants and other plants,” he told reporters.

The president vowed to cut regulations and taxes to make it more attractive for businesses to operate in the United States.

“I want new plants to be built here for cars sold here!” President Trump said in a tweet ahead of the meeting with automakers, saying he would discuss U.S. jobs with the chief executives.

U.S. automakers have been reluctant to open new U.S. auto plants in recent years, but they have expanded some operations at existing plants. President Trump has criticized automakers for building cars in Mexico and elsewhere and has threatened to impose 35-percent tariffs on imported vehicles.

The meeting is the latest sign of President Trump’s high degree of intervention, uncommon for a president, into corporate affairs, as he has repeatedly pressured automakers and other manufacturers to “buy American and hire American.”

Tuesday’s gathering was the first time the CEOs of the big three automakers have met jointly with a president since a July 2011 session with former President Barack Obama to tout a deal to nearly double fuel efficiency standards to 54.5 miles per gallon by 2025. Fiat Chrysler is the Italian-American parent of the former Michigan-based Chrysler.

White House spokesman Sean Spicer said on Monday that President Trump was looking forward at the meeting “to hearing their ideas about how we can work together to bring more jobs back to this industry.”

U.S. and foreign automakers have been touting plans to boost American jobs and investments in line with President Trump’s comments. President Trump often singled out Ford’s Mexico investments for criticism during his election campaign.

While automakers are adding U.S. jobs, they are also cutting U.S. small-car production. On Monday, GM ended two shifts of production of small cars in Ohio and Michigan, cutting about 2,000 jobs.