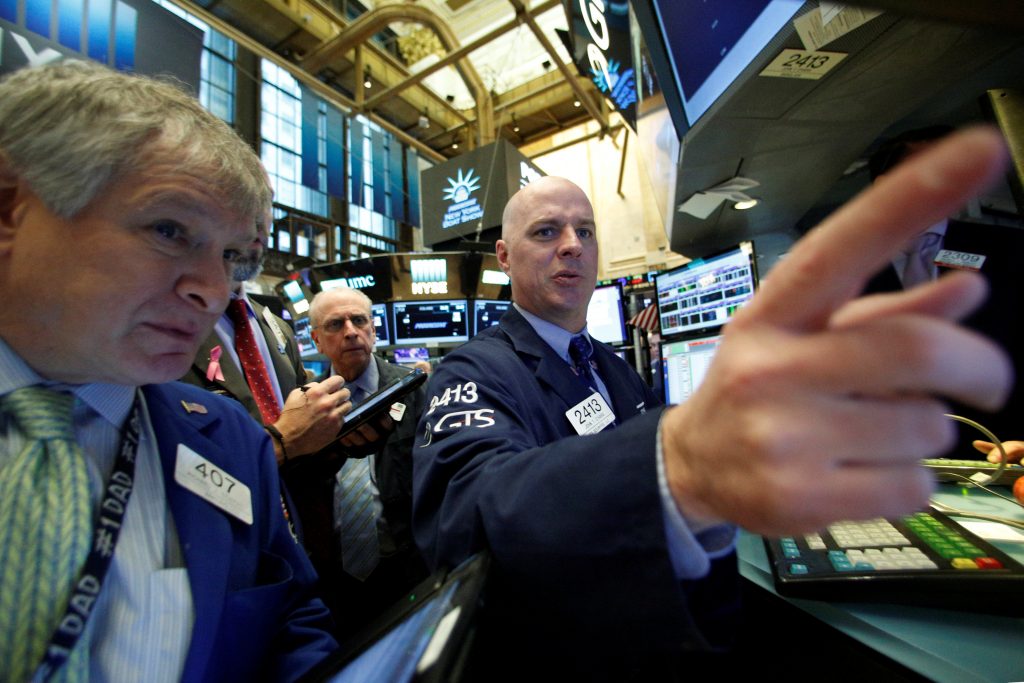 AUTOMAKERS: The heads of General Motors, Ford Motor and Fiat Chrysler Automobiles met with President Donald Trump early Tuesday. Trump wants the automakers to build new factories in the U.S. He’s warned of a “substantial border tax” on companies that move manufacturing out of the country and promised tax advantages to those that produce domestically. GM gained 54 cents, or 1.5 percent, to $37.19, while Ford added 28 cents, or 2.3 percent, to $12.59. Fiat Chrysler rose 56 cents, or 5.9 percent, to $10.12.

THE QUOTE: “They used to call some of this jawboning,” said David Winters, CEO of Wintergreen Advisers. “So far President Trump has been encouraging companies to do what’s in his vision of a successful America. There’s a lot of enthusiasm, but it’s really going to be what happens in the next couple of months in terms of legislation so there’s clarity.”

GESUNDHEIT: Kimberly-Clark, which makes Kleenex and other paper products, rose 3.6 percent after reporting earnings that beat analysts’ forecasts. The stock gained $4.16 to $121.14.

MIXED RESULTS: Johnson & Johnson slid 1.8 percent after the company reported fourth-quarter results that edged Wall Street’s forecasts, but also issued a 2017 forecast that fell below what analysts were expecting. The maker of Band-Aids, medical devices and prescription drugs also said it would start seeking a possible sale, joint venture or operating partnerships for its diabetes care businesses. The stock shed $2.02 to $111.89.

HUNG UP: Verizon slumped 4.7 percent after the phone and communications company served up earnings for the last three months of 2016 that fell short of what analysts were expecting. The company, whose deal to buy Yahoo’s internet operations may be in jeopardy, also said that its roster of retail postpaid subscribers fell sharply. The stock fell the most among companies in the S&P 500, sliding $2.48 to $49.93.