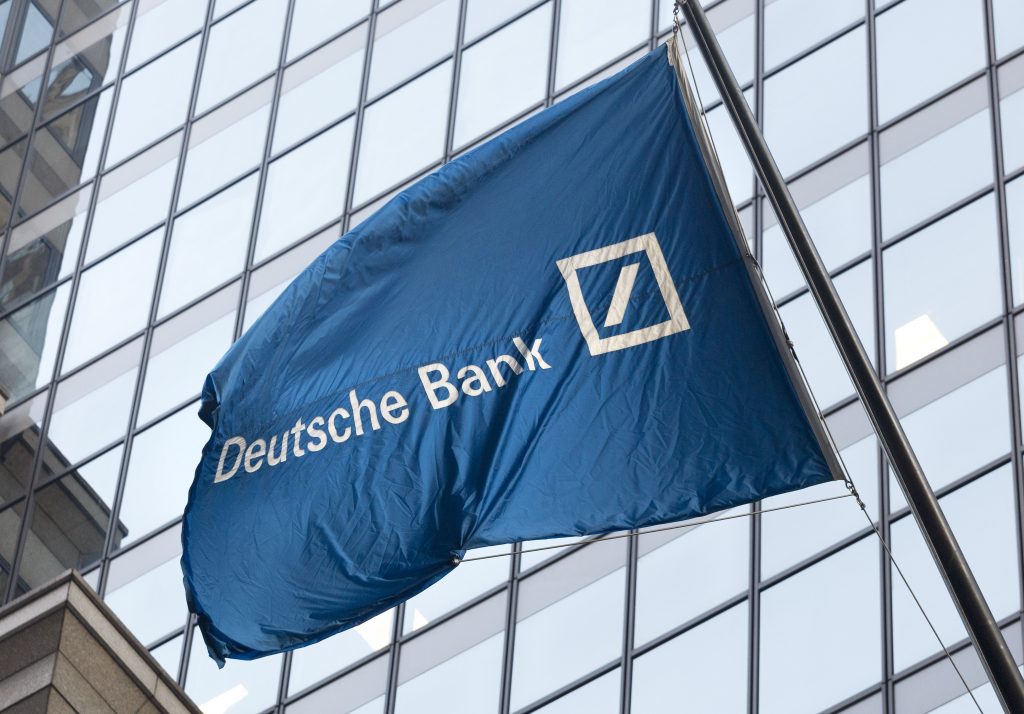 A Florida-based group known as the Wertheim Trust for Jewish Education is suing Deutsche Bank, saying they are the rightful heirs to the assets of what was one of pre-war Germany’s wealthiest families. Their estimates put the amount of the assets in question at $3 billion.

The Wertheim family built up one of Germany’s largest department store chains as well as a line of textile manufacturing. It was under the auspices of their company that the modern sewing machine was invented. The last family member to control the accounts holding the bulk of their wealth indicated that he and his parents wanted the money to be used for “Jewish education and other worthy causes,” according to the suit.

The trust pursuing the suit is an entity that was formed by Rabbi Aron Lieberman, director of Chabad of Greater Ft. Lauderdale. One of the many exhibits filed along with the suit is a document naming his organization and others as beneficiaries of the fortune.

Yechezkel Rodal, who is serving as co-counsel for the trust, told Hamodia that his client is asking for the bank to recognize his claims and make a full accounting of the monies that exist in the accounts holding the fortune.

“We are not saying that Deutsche Bank stole this money; we are sure that they are carefully holding it for us. What we want is full disclosure of what is in the accounts and where they are,” he said.

The trust claims that over decades of litigation and investigation, Deutsche Bank has consistently refused to cooperate with his clients or those who bequeathed the money to them, despite admitting that the accounts from the Wertheim family exist.

Deutsche Bank is “taking the matter very seriously,” spokesman Tim-Oliver Ambrosius told Bloomberg News for a story on the latest filings. “The accusations are completely unfounded, and Deutsche Bank denies them,” he said. “All proceedings initiated against Deutsche Bank in this matter have been decided in favor of Deutsche Bank.”

Karl Wertheim, the last direct member of the family line to control the business, left Germany in the late 1920s amid rising anti-Semitism, moved to Spain and continued to control the business from there. In an effort to ensure that the extensive wealth would be protected, in 1931 he opened an account with a Swiss bank that was the precursor of today’s Credit Suisse, and disguised his own identity and those of other stakeholders with false names and account codes.

Mr. Wertheim died in 1945 and the fortune and business were controlled by his wife, Maria, until the mid-1970s. Upon her death, it was inherited by the Wertheims’ adopted son, Dr. Ambrosius Wolfgang Bauml.

Under Dr. Bauml, the accounts began to be managed by a series of lawyers, bankers and other agents. In 1990, Dr. Bauml died and left the fortune to Rudolf and Giselheide Sutor, personal friends of his. According to the papers filed by the trust, they sought only to claim a small portion for themselves and worked to deliver the rest of the fortune to charitable causes that were in keeping with Dr. Bauml’s wishes — chiefly organizations involved in Jewish education.

The Sutors’ claims to the money were contested and became tied up in a series of legal disputes. During this time, Luis Marimón, a general counsel for Deutsche Bank, who had been acting with partial power of attorney over the Wertheim accounts, authorized a transfer of the assets from Credit Suisse to Deutsche Bank.

The Sutors appointed an agent, Tim Fuhr, to execute Dr. Bauml’s will and see that the fortune was used according to his wishes. He named a number of Jewish organizations, including American Friends of JCC, Friends of LBS (Lauder Business Schools) Inc., and Chabad of Ft. Lauderdale as beneficiaries. According to Mr. Rodal, Mr. Fuhr was recommended to Rabbi Lieberman’s organization by Rabbi Jacob Biderman, the director of the Chabad Lauder campus in Vienna.

The last public accounting of the funds in the Wertheim accounts took place in 1961. At that time they contained $144 million.

The trust’s suit claims that conservative calculations of interest appreciation and inflation should yield $3 billion if the entire amount was untouched.