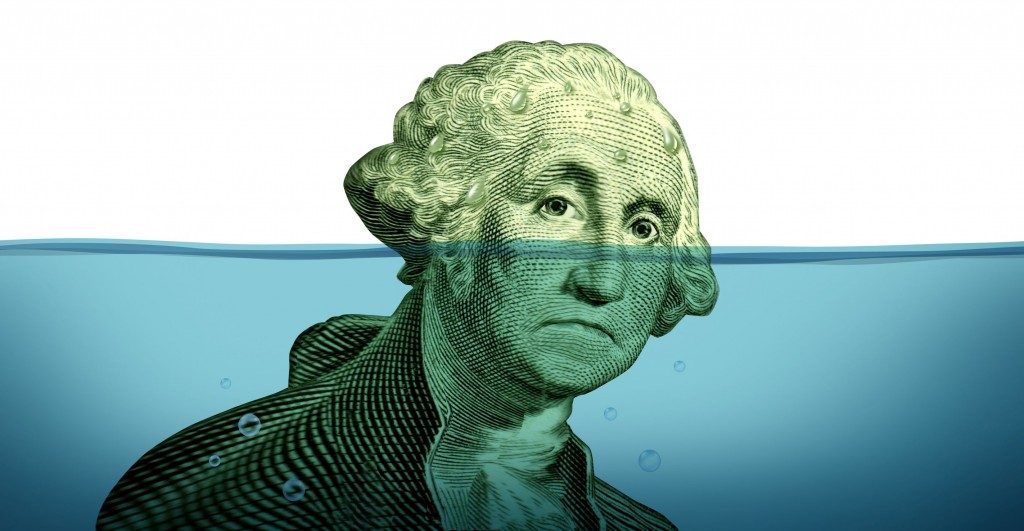 Did you ever wonder why so many people fear going to a dentist? If you ever did choose to reflect on that phenomenon, you likely came to the conclusion that apprehension of experiencing pain — either from the actual dental work or from the sharp jolt of the needle providing local anesthesia — had something to do with it.

Turns out that the wise scholars at West Virginia University also wanted to know why roughly 50 percent of the American public acknowledges some fear about visiting a dentist, and some 20 percent of the general populace suffers high levels of dental phobia. After employing 927 researchers they came to the same conclusion.

“Fear of pain has been shown to be a critical component,” the researchers found, adding that “dental care-related fear and anxiety” is also due, in part, “to genetic influences inherited from parents.”

The notion that a prominent university saw fit to undertake a study of such proportion to reach a conclusion which seems quite elementary (to say the least!) would make for a rather entertaining news item, if not for the sobering fact that it was paid for with taxpayers’ money. No fewer than three National Institutes of Health (NIH) grants, totaling more than $3.5 million, were wasted on this study.

The Federal National Mortgage Association, better known as Fannie Mae, made headlines a few years ago when the federal government spent billions bailing it out during the 2008 financial crisis. While the federal government, for all practical purposes, currently owns the company, that may change fairly soon. President Donald Trump’s choice to become Treasury secretary, Steven Mnuchin, says that privatizing this company is high on his priority list.

In the meanwhile, as it awaits new ownership, Fannie Mae is moving to new headquarters, complete with three elegant enclosed glass bridges and rooftop decks with a view of downtown Washington. The rising expenses associated with the construction of this lavish building have already increased by more than 50 percent and, according to a government watchdog, the projected cost poses “significant financial and reputational risks” to the enterprise. The cost to Fannie Mae for the bridges alone (if and when they are built) is expected to reach $15 million — and the building itself is only being leased and doesn’t even belong to the mortgage giant!

With missing emails of the head of the Internal Revenue Service at the heart of congressional hearings amid a scandal over denying or delaying tax-exempt status to conservative groups, it is hardly unexpected that the IRS spent $12 million on an email archiving system. However, it turns out that while the federal agency paid subscription and renewal fees for two years for the service, the software to activate the program was never used.

According to the treasury inspector general for tax administration (TIGTA), the unused system was purchased “without first determining project infrastructure needs, integration requirements, business requirements, security and portal bandwidth, and whether the subscriptions were technologically feasible on the IRS enterprise.”

As it turned out, it wasn’t feasible after all.

Precisely what the head of the FBI’s Miami office had in mind when that government agency decided to install a wooden sculpture named Cedrus, weighing more than 15,000 pounds and standing 17 feet tall, in the lobby of their headquarters is anyone’s guess. But for 17 employees, the effects of the giant sculpture were very real as they suffered allergic reactions that were so severe they were unable to return to work, and one of them was hospitalized for 11 days. Ironically, among those who fell ill was the facility’s only nurse. When the FBI finally agreed to remove the offensive Cedrus, the total costs to the taxpayer — to purchase, install and then remove it — was some $1.2 million!

These are only some of the 50 examples of outrageous federal spending recently released by Senator Jeff Flake, a Republican from Arizona. Others include a $560,000 grant by the National Science Foundation that paid for a study researching how long a mudskipper fish can run on a treadmill, and a $650,000 grant that places “bluegill fish in tanks of water with treadmill-like swim tunnels to observe how they swim under various conditions.”

Flake says he has located more than $5 billion in inappropriate spending by the U.S. government. Perhaps the most telling are the statistics cited by the report that the feds spend more money on PR activities than they do on contracts and employees. Yet, despite the astronomical amounts spent by the feds seeking to toot their own horn, according to a recent poll by the Pew Research Center, only 19 percent of those polled say they can trust the government always or most of the time, and only 20 percent would describe government programs as being well run.

Even in times of plenty, wasting taxpayers’ money is indefensible. At a time when so many Americans are unable to pay ballooning health-care costs, a crisis which many believe is a direct outcome of the Obamacare fiasco, and many of this country’s roads, bridges and airports are in desperate need of overhaul, and, to top it off, a whopping 6 percent of the U.S. budget — $223 billion in 2015 — goes to pay interest on the national debt, the disgraceful waste of taxpayers’ money is a crime.

It is high time that these shameful political shenanigans come to an end, and the funds collected by the IRS from hard-working Americans are used for the right purposes.