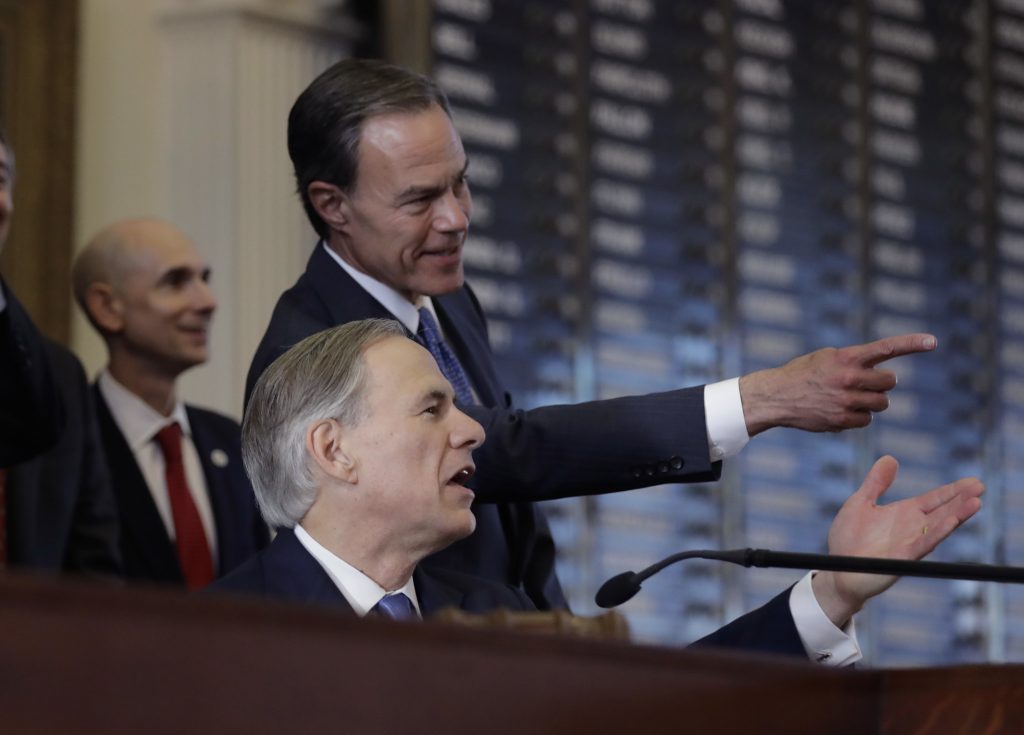 Republican Texas Gov. Greg Abbott on Monday told Austin’s liberal sheriff that her jail would become the first in the state to lose taxpayer money over so-called “sanctuary cities” policies unless she reverses plans to curtail working with federal immigration authorities by February.

President Donald Trump made similar vows as a candidate, declaring that his “Day One” priorities would include stopping all federal dollars to places where local officials rebuff federal agents and don’t arrest or detain immigrants living in the country illegally. Several big cities, including New York and Chicago, already have formal sanctuary policies on the books.

Newly elected Travis County Sheriff Sally Hernandez on Friday — in a defiantly timed announcement after Trump was inaugurated — said starting Feb. 1 she would end her predecessor’s policy of honoring all jail detainees sought by U.S. Immigrations and Customs Enforcement.

Abbott, who attended Trump’s inauguration, is now effectively threatening to carry out the president’s promise on a state level. Abbott has previously warned local officials against adopting sanctuary policies but has not delivered such a direct ultimatum before now.

“Your unilateral decision will cost the people of Travis County money that was meant to protect them,” Abbott wrote. He said funding would be lost by Feb. 1 unless the county changes course.

The only money Abbott has the power to cut off for now is criminal justice grants controlled by his office. Travis County received about $1.8 million of that grant money last year — about 1 percent of the sheriff department’s budget.

Both Abbott and the Republican-controlled Texas Legislature are eager to pass new laws by summer that would impose tougher penalties over sanctuary policies.

A spokeswoman for Hernandez said she had no immediate comment on Abbott’s letter, but in a video posted last week, the sheriff said honoring all federal immigration detainers ties up her deputies and sows distrust between officers and county residents. Travis County will now only continue to hold suspects arrested for serious crimes such as murder and human trafficking.

“We cannot afford to make our community less safe by driving people into the shadows,” Hernandez said.

Abbott similarly threatened Dallas County in 2015 over how the local jail worked with federal immigration authorities. But he never gave a deadline then and ultimately never withheld any funding to Dallas jails.

“We don’t have time to deal with economic immigrants,” Acevedo said.