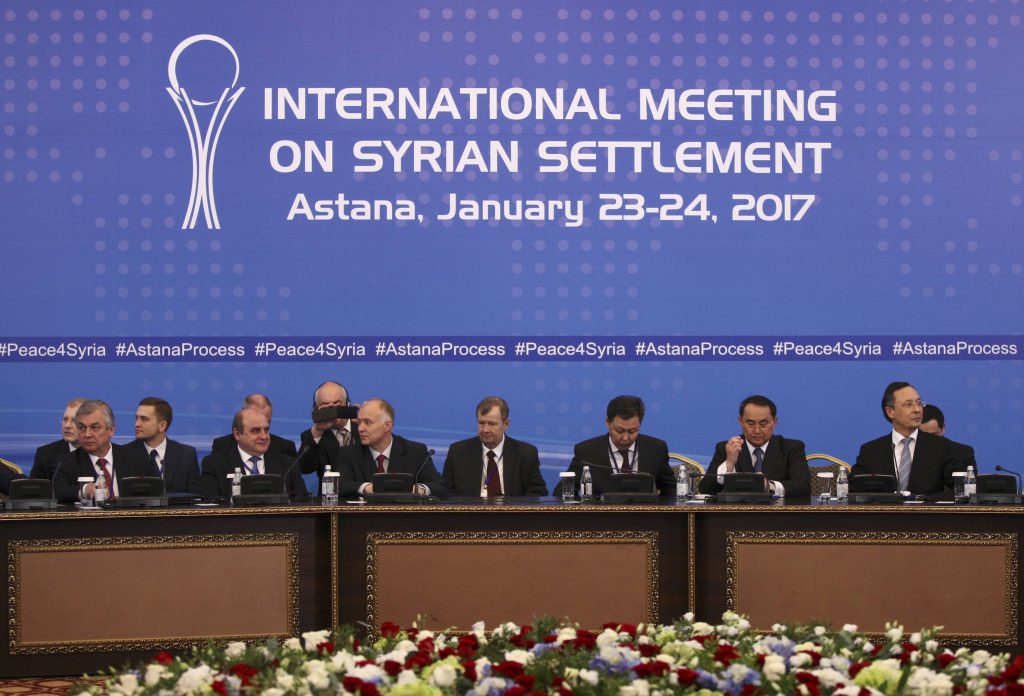 A Syrian opposition delegation to peace talks set to open in the Kazakh capital on Monday said it would only discuss ways to salvage a fragile Russian-Turkish ceasefire it sees as having been violated chiefly by Iranian-backed militias in Syria.

The Syrian government considers most of the rebel groups attending the conference to be foreign-backed “terrorists,” but says it is ready to engage in talks with armed groups that surrender their arms and enter reconciliation deals.

Mainstream rebel groups under the banner of the so-called Free Syrian Army (FSA) have rejected these terms, saying their goal is to end President Bashar al Assad’s rule through a U.N.-backed political transition process.

“We will not enter into any political discussions and everything revolves around abiding by the ceasefire and the humanitarian dimension of easing the suffering of Syrians under siege and release of detainees and delivery of aid,” Yahya al Aridi, a spokesman for the opposition delegation, told Reuters.

“The Syrian regime has an interest in diverting attention from these issues. If the Syrian regime thinks our presence in Astana is a surrender by us, this is a delusion,” he added.

The 14-member team has taken no decision on holding face-to-face talks with the government delegation after the start of the conference, he said, adding that it was likely to be via intermediaries like the previous U.N.-backed Geneva conferences.

“There are complications when you are going to face those who entered your country and continue to kill you, and a regime that has not abided by a ceasefire and continues with its policy of destruction and killing its people,” he said.

The Syrian government has long denied using its aerial superiority to bomb civilians in rebel-held areas in a conflict that has killed tens of thousands.

U.N. investigators have also accused both government and rebels of committing war crimes during the conflict.

The delegation, which faced enormous pressure from regional backer Turkey to attend the talks branded a sellout by other rebel groups, was meeting round the clock to decide whether to attend the opening session, where it would be in the same room as Syrian government representatives.

A senior opposition negotiator, Osama Abu Zaid, told Reuters the opposition hoped Russia would play a role in reining in Iranian-backed militias whom it blames for trying to help the Syrian army.

“Either Russia succeeds in this task and becomes a real guarantor and curbs these militias, or else the ceasefire deal will collapse with the continued Iranian-backed attacks led by Hezbollah and Shiite militias on Syrian territory,” he added.

The opposition has been disappointed by what it calls Moscow’s inability to fulfill its role as deal guarantor and put pressure on militias led by Lebanon’s Hezbollah terror group, saying this threatens to wreck the ceasefire deal brokered in December.