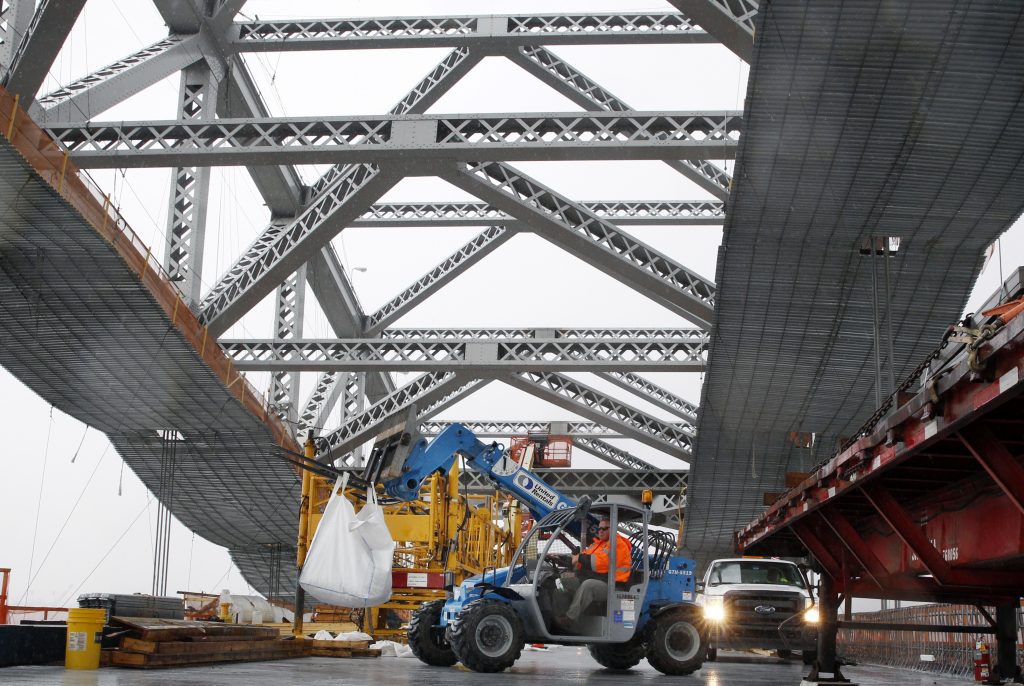 The information has come in response to a December request from Trump’s transition team to the National Governors Association to collect lists of projects from the states, executive director Scott Pattison said in a telephone interview. About 40 states have responded so far, and Pattison said he thinks Trump’s team wants to assess how many “shovel ready’’ projects there are as it crafts the president’s infrastructure initiative.

“The feeling was, ‘If we wanted to try to move quickly, what are some of the things that we could do and what’s out there,’” he said. Pattison and some transportation officials said they don’t know how Trump’s team plans to use the information.

Former President Barack Obama’s team made a similar request for “shovel-ready’’ projects for the more than $800 billion stimulus package developed in 2009, said Neil Pedersen, the executive director of the Transportation Research Board, who’s a former Maryland state highway administrator.

In the end, only about 6 percent of the stimulus bill — aimed at helping to pull the U.S. out of the worst economic downturn since the 1930s — went to transportation projects, according to PolitiFact. That led Obama to say in a 2010 New York Times interview that he learned “there’s no such thing as shovel-ready projects” because of the lead time generally required.

Pedersen said he suspects Trump’s team is “trying to identify, under various financing mechanisms, what is the universe of projects that actually can be funded.’’ The board, he said, has provided Trump’s transition team with policy reports and research papers produced over the past several years, especially about public-private partnerships and other infrastructure funding and financing issues.

Pattison said he hopes the intent of requesting information about state projects is not to have the Trump administration identify which projects will be completed. States have robust processes for prioritizing projects and wouldn’t want to see that “upended in any way,’’ he said.

Trump talked frequently during the election campaign about the need to upgrade aging U.S. infrastructure and put millions of people to work doing it. He emphasized that goal again during his inaugural address on Jan. 20.

“We will build new roads and highways and bridges and airports and tunnels and railways all across our wonderful nation,’’ Trump said. “We will get our people off of welfare and back to work, rebuilding our country with American hands and American labor.’’

While infrastructure advocates have said the federal government can streamline or eliminate regulations that often slow down permitting and approvals and delay construction, Trump hasn’t spelled out how work would be funded.

Trump’s advisers have emphasized leveraging more private capital to fill a massive funding gap. A framework for the “America’s Infrastructure First” policy was laid out on Trump’s campaign website but hasn’t migrated to the official White House page so far.

Trump has asked real-estate developers Richard LeFrak and Steven Roth to lead a new council he’s creating of 15 to 20 builders and engineers to monitor infrastructure investments, the Wall Street Journal reported on Jan. 16. Steve Solomon, a spokesman for LeFrak, confirmed that LeFrak had been asked but said the initiative is in a very early stage. A spokeswoman for Roth declined to comment.

While Trump has proposed spending between $550 billion and $1 trillion on the initiative, Republican House Speaker Paul Ryan and Senate Majority Leader Mitch McConnell have said they don’t support new spending without offsetting cuts, perhaps as part of a budget or tax-reform measure.

The Tennessee Department of Transportation provided a list of seven projects that are ready to be done, including widening the Alcoa Highway to three lanes in each direction to reduce crashes and handle a projected increase in traffic volume by as much as 49 percent by 2040, the department said. The state said the project would cost about $183 million. The highway, which runs through Knoxville, was in the news in September when a sinkhole opened up.

Tennessee transportation commissioner John Schroer, who’s also vice president of the American Association of State Highway and Transportation Officials, said he doesn’t want to see Trump, in a push to get work done, change the traditional role states have played in selecting which projects are funded.

“I don’t see any way that, federally, they can define projects for a state,’’ Schroer said. “The federal government can’t figure out what a state needs.’’

Schroer also said he’s skeptical that whatever plan emerges will include significant additional federal spending because he doesn’t think Congress is willing to do so. “I’m not overly encouraged that we’re going to see a lot of help out of the federal government for a while,’’ Schroer said. “There is no political will.’’