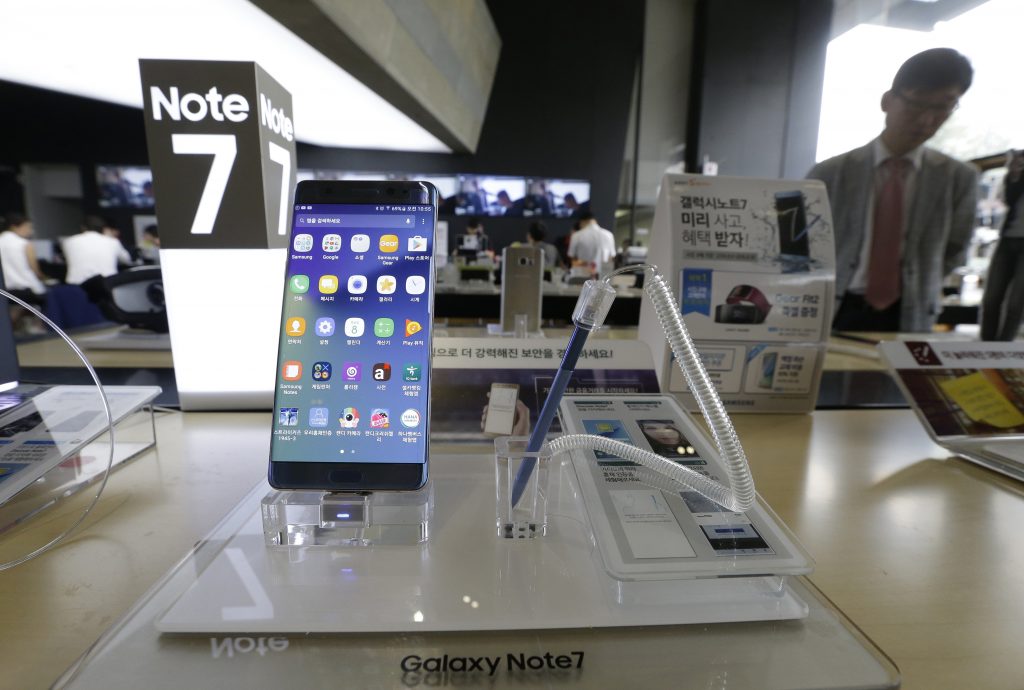 Samsung Electronics Co. Ltd. indicated on Monday that its latest flagship Galaxy S smartphone could be delayed as it pledged to enhance product safety following an investigation into the cause of fires in its premium Note 7 devices.

Wrapping up its months-long probe, the world’s top smartphone maker said faulty batteries from two suppliers were to blame for a product failure that wiped $5.3 billion off its operating profit.

Samsung mobile chief Koh Dong-jin said procedures had been put in place to avoid a repeat of the fires as the South Korean firm prepares to launch the Galaxy S8, its first premium handset since the Note 7’s demise.

“The lessons of this incident are deeply reflected in our culture and process,” Koh told reporters at a press briefing. “Samsung Electronics will be working hard to regain consumer trust.”

Koh said the Galaxy S8 would not be unveiled at the Mobile World Congress trade show in Barcelona beginning Feb. 27, the traditional forum for Galaxy S series launches. He did not comment on when the company planned to launch the handset, though analysts expect it to start selling by April.

Investors have said Samsung needs to reassure consumers that it is on top of the Note 7 problem and can be trusted to fix it.

Samsung’s reputation took a hammering after it announced a recall of fire-prone Note 7s, only for reports to emerge that replacement devices also caught fire. Images of melted Samsung devices spread on social media, and airlines banned travelers from carrying them on flights.

The handset, Samsung’s answer to Apple Inc.’s iPhones, was withdrawn from sale in October fewer than two months after its launch, in one of the biggest failures in tech history.

Samsung said later on Monday it has not decided whether to reuse parts in the recovered Note 7s or resell any recalled phones. A person familiar with the matter told Reuters reselling some Note 7s as refurbished phones was an option.

The firm said it has recovered 96 percent of the 3.06 million Note 7s sold to consumers.

Investigations by internal and independent experts ruled out problems with the Note 7’s hardware and software. Instead, they said the batteries, which came from two suppliers, featured different manufacturing defects or design flaws that caused them to short-circuit.

“The odds that two different suppliers had issue with the same phone is an extremely low likelihood and may signal we have reached an inflection point in smartphone battery technology,” said Patrick Moorhead, president of technology analyst and advisory firm Moor Insights & Strategy.

Samsung did not name the suppliers on Monday but previously identified them as affiliate Samsung SDI Co. Ltd. and China’s Amperex Technology Ltd (ATL). SDI said separately it would invest 150 billion won ($129 million) to improve product safety and expected to continue supplying batteries for Samsung phones. ATL declined to comment.

Samsung said it accepted responsibility and would not take legal action against suppliers. The company touted longer battery life and fast charging as major improvements when it launched the Note 7.

“The current situation is not largely different from that of the first recall, when Samsung pointed the finger at battery defects,” said Park Chul-wan, a former director of the Center for Advanced Batteries at the Korea Electronics Technology Institute.

Among other measures to boost safety, Samsung said it had implemented an eight-point battery check system to avoid any such problems going unnoticed again.

While Samsung’s mobile division is widely expected to have bounced back from the Note 7 failure during the fourth quarter, experts remained cautious about the outlook for sales of future flagship devices.

“Consumers will accept the results [of the probe] only if there are no problems with the S8,” said Park.

Moorhead, however, said he thought Samsung had done enough to convince consumers that it can prevent future issues.

Samsung Electronics shares ended up 2.3 percent in a flat wider market. Analysts said the rise was mainly due to a healthy outlook for makers of tech components such as memory chips but also boosted by hopes the firm will be able to put the Note 7 fiasco behind it.

The firm expects fourth-quarter operating profit to hit a more than three-year high when it reports earnings on Tuesday, driven by booming chip sales.