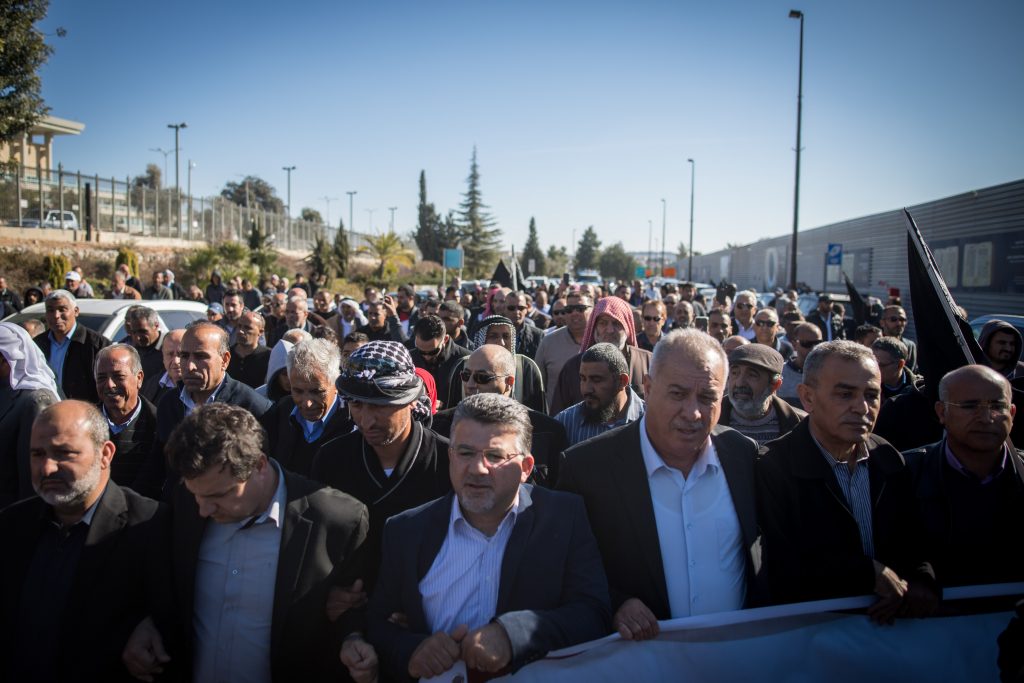 In the wake of Arab Israeli protest demonstrations on Monday morning and violent confrontations between Bedouins and police last week, Prime Minister Binyamin Netanyahu in a video expressed his “disappointment” over extremists who seek to incite the population against the government.

“Most Israeli Arabs want to integrate into Israeli society,” Netanyahu began. “I also want this, so my government invests heavily towards this objective. It is unfortunate that there are extremists in the Arab world who whip up the Arab public to go in the opposite direction.

“Here’s an example of this extremism. Last week at the Hebrew University, there was a conference on the situation in Syria, which was attended by Syrian exiles who spoke about the situation in their country, and Arab-Israeli students disrupted the conference and attacked the government’s policy. They argued that the Syrian exiles who participated in the conference were betraying the Syrian people. They scolded one of the speakers for ‘speaking with Israel.’ The speaker did not remain silent and answered them in kind: ‘Shame on you; you live in paradise compared to the Syrians.’

“That’s true. But not only compared to Syria, but compared to many countries in the Middle East and the world,” Netanyahu concluded.

A column of vehicles drove along Highway 1 to Yerushalayim on Monday morning at a deliberately slow speed of 20 miles per hour to protest the demolitions in Umm al-Hiran and Qalansawe. The procession, led by Arab MKs and activists, caused heavy traffic on Highway 1, which was also felt on nearby roads, particularly Highways 3 and 6. They later assembled outside the Knesset where they continued the protest on foot.