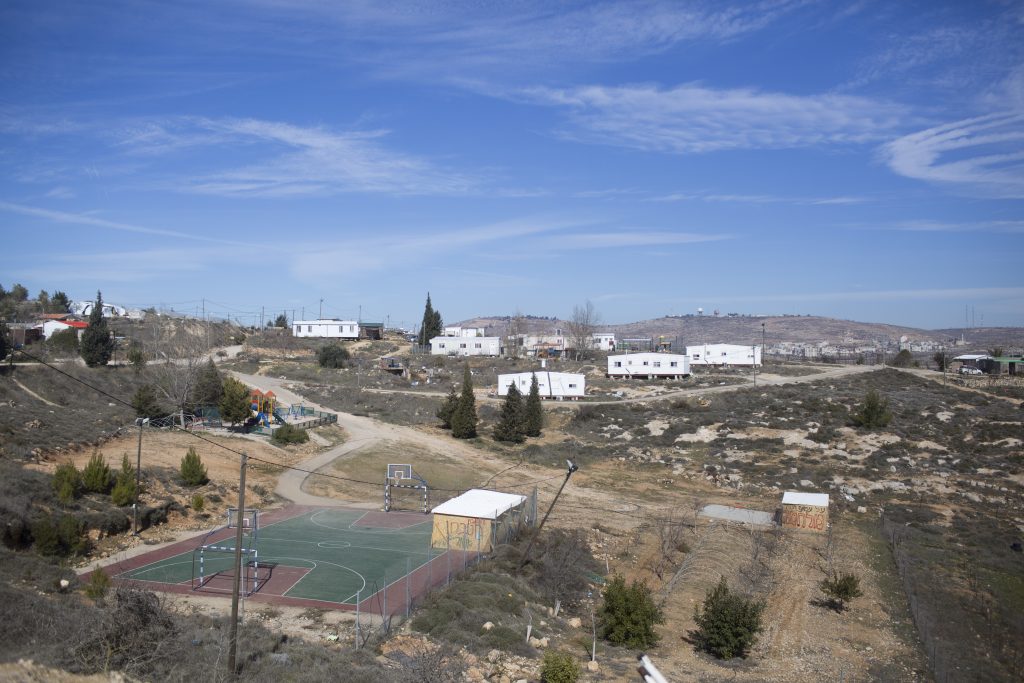 Palestinians with land claims again succeeded on Monday in getting the High Court to intervene on their behalf in the Amona outpost case, this time issuing a temporary injunction halting work to relocate the Jewish families to land thought to be undisputed.

The court order came in response to a petition filed by human rights group Yesh Din representing Silwad Village Council and Palestinian claimants who argue that a government plan to divide certain plots near Amona for temporary relocation through revision of the Abandoned Property Law was illegal.

The stop-work order will remain pending review of the Palestinians’ petition. Amona residents have already complained that the state has not acted on its promise to relocate them. They issued a call to right-wing lawmakers warning of strong resistance to the evacuation unless the Knesset passes the bill which would retroactively legalize 4,000 homes on disputed property in Yehudah and Shomron.

Residents of the Amona outpost have scheduled an emergency meeting on the matter on Tuesday night.

Both the Amona families and the state had promised the High Court of Justice to abide by the evacuation order set for February 8. But that commitment may become a dead letter if the state does not fulfill its promises.

“Nothing has happened, not even one tractor is working here,” the families said.

“We have no choice but to renew our public battle with full force and to call on thousands of supporters to come to Amona.”

A letter to Prime Minister Binyamin Netanyahu and Education Minister Naftali Bennett said “that you and the upper echelons are responsible for: passage of a [settlement] bill that includes Amona.” If that is not carried out, a confrontation with security forces will be unavoidable, it warned.

The bill has passed a first reading in the Knesset, though Amona was excluded from it in order to secure passage. The Kulanu party objected to its inclusion because the High Court had mandated its removal, and the party did not want to circumvent a judicial ruling.