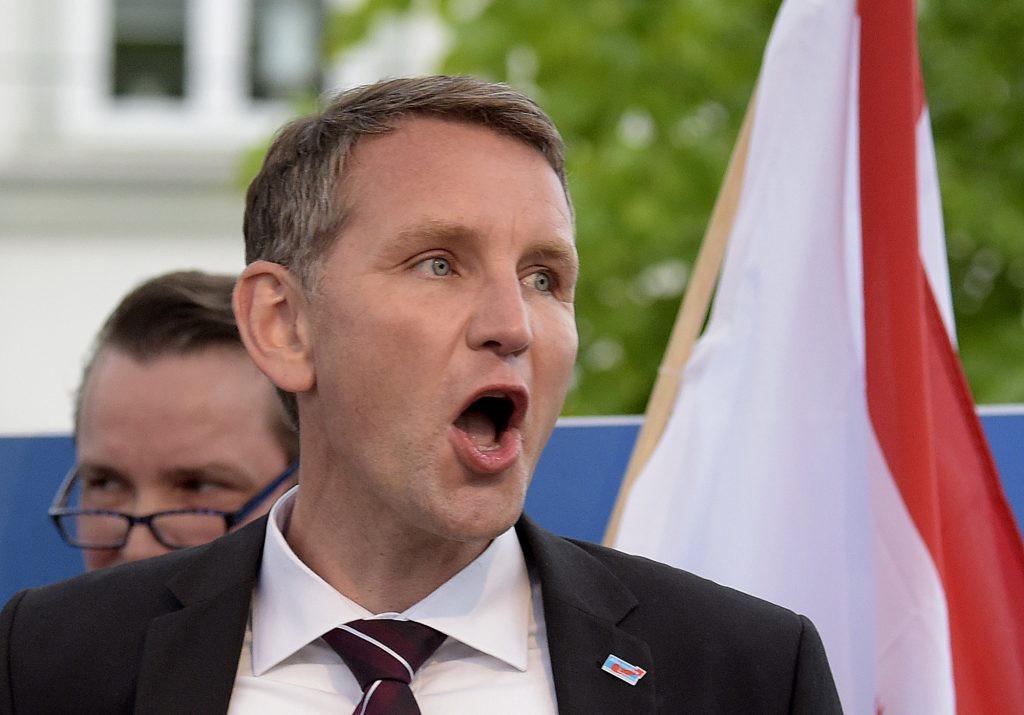 The nationalist Alternative for Germany party says it will take “internal measures” against a prominent member for his comments suggesting ending the country’s tradition of acknowledging and atoning for its Nazi past, but stopped short of expelling him from the party.

The AfD party said Monday its executive board found that the statements from Bjoern Hoecke last week “hurt the party’s reputation.” It said the party is examining “all legal and political aspects” involved in disciplinary measures. It did not elaborate on what measures were being considered.

Hoecke, who leads the populist party in the eastern state of Thuringia, told supporters that the Berlin memorial to the millions of Jews killed in the Holocaust is a “monument of shame” and said Germany should take a “positive” attitude toward its history.