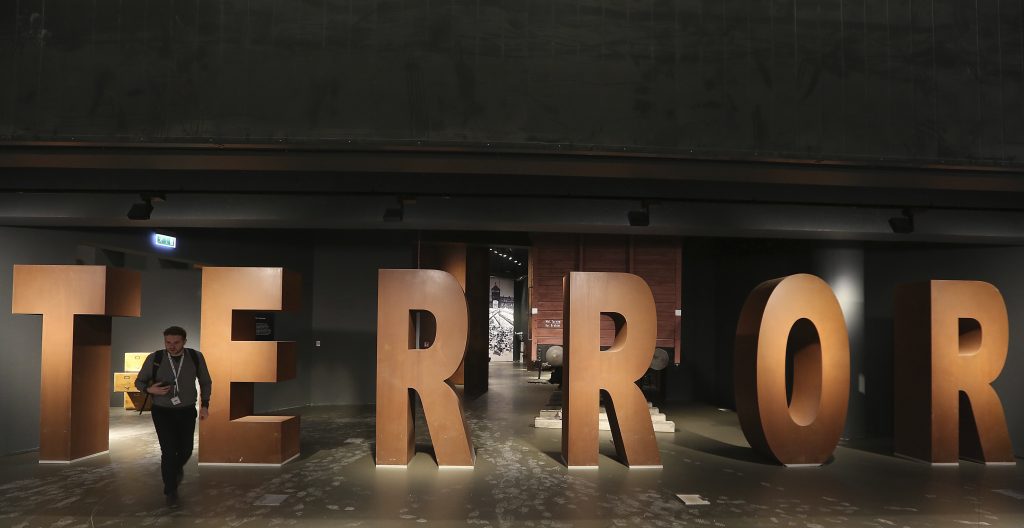 It was supposed to be the first museum in the world to tell the story of World War II in its entirety by focusing on all the nations caught up in that global conflict. But it has fallen foul of changing political priorities in its Polish home, and as it opened its doors for the first time Monday, it’s facing an uncertain future.

After nine years of work, the Museum of the Second World War opened in Gdansk for one day to reporters, historians, veterans and donors. Director Pawel Machcewicz hoped the world could get a glimpse of it as he races against the clock to get it finished before he is pushed out of his job, something he believes is inevitable.

The project was launched in 2008 by then-Prime Minister Donald Tusk, who is today one of the European Union’s top leaders. Aside from its global approach, the creators of the state museum say it is different from most other war museums in that it puts civilian suffering — not military campaigns — at the heart of the narrative.

But the political climate in Poland has changed dramatically since then, with a nationalist and populist government in charge that deeply objects to its approach and wants to take control over the institution to change its content. Members of the ruling Law and Justice party say they want a museum that focuses solely on the Polish experience, with primacy given to the heroism of Polish soldiers who resisted the Germans.

“We are being attacked as a museum that is not Polish enough,” Machcewicz said.

“It’s very unusual for the creation of a historical exhibit to encounter such huge pressure from the government.”

He is putting up stiff opposition to the attempt to take over the museum, and is now in a legal battle with the Culture Ministry. A decision by a top court on Tuesday is expected to determine whether the museum can maintain its independence long enough to open to the public in late February, as scheduled. Machcewicz said the government is also withholding critical funds he needs to operate the museum.

As a result of the rush, many of the displays were not yet in place Monday. But enough was there for viewers to get a sense of the immensely tragic story being told.

One object on display is a farewell note written on a handkerchief by a Polish politician, Boleslaw Wnuk, before he was executed in 1940 by the Germans in an operation that targeted the Polish intelligentsia.

“Let G-d pay for my blood with eternal damnation for the foul villains,” said the note, which was smuggled out by a Polish prison guard.

Museum visitors learn that Wnuk’s younger brother, Jakub, a pharmacist and army officer, became the victim of Poland’s other wartime occupier, the Soviet Union. He was captured by the Soviet army in 1939 and killed in 1940 in Katyn, one of some 22,000 Polish officers killed in the Soviet massacres of Polish elites.

World War II still holds a key place in the Polish national identity. There is huge pride at the fierce resistance put up by the Polish army to the German invasion of 1939 that launched the war and the years of underground resistance. There is also a sense that Poland’s tragic fate, which included being occupied by the Germans and Soviets, has not been fully recognized by the world.

Adding to the sense of grievance, Poland was condemned to the Soviet sphere despite its contribution to the Allied effort. So for Poland, the war didn’t fully end until 1989, when the country regained its sovereignty, a message that is also stressed by the museum.

The nationalist authorities governing the country believe the museum should focus on the uniqueness of Poland’s tragedy and not be watered down by exploring the fate of other nations. A key spokesman for this idea, historian Jan Zaryn, who is also a senator for the ruling party, complains that the multinational approach taken by the museum makes it more difficult for the visitor to see “our exceptionality.”

He argues that Poland should create something comparable to what Holocaust museums have achieved for Jews.

“After decades of silence there should be a museum that introduces the phenomenon and specificity of the Polish historical experience,” Zaryn said in a media discussion in October. “We should do something like what the Jewish community has done, which managed to arrange around the Holocaust all the other events of World War II.”

But the museum’s creators and supporters insist that the very act of placing Poland’s history in the broader context is what will help foreign visitors understand and appreciate the specificity of Poland’s tragedy.

“Sometimes when politicians look at the museum like this they don’t understand how much conceptual work there was,” said Yale historian Timothy Snyder, who is a member of the museum’s advisory board.

“If this museum is lost, Gdansk, Poland, Europe, the world, loses the only chance we have for an experience of public history, for people from all of the world, not only in Poland, to understand the Second World War. That would be a dreadful civilizational loss.”