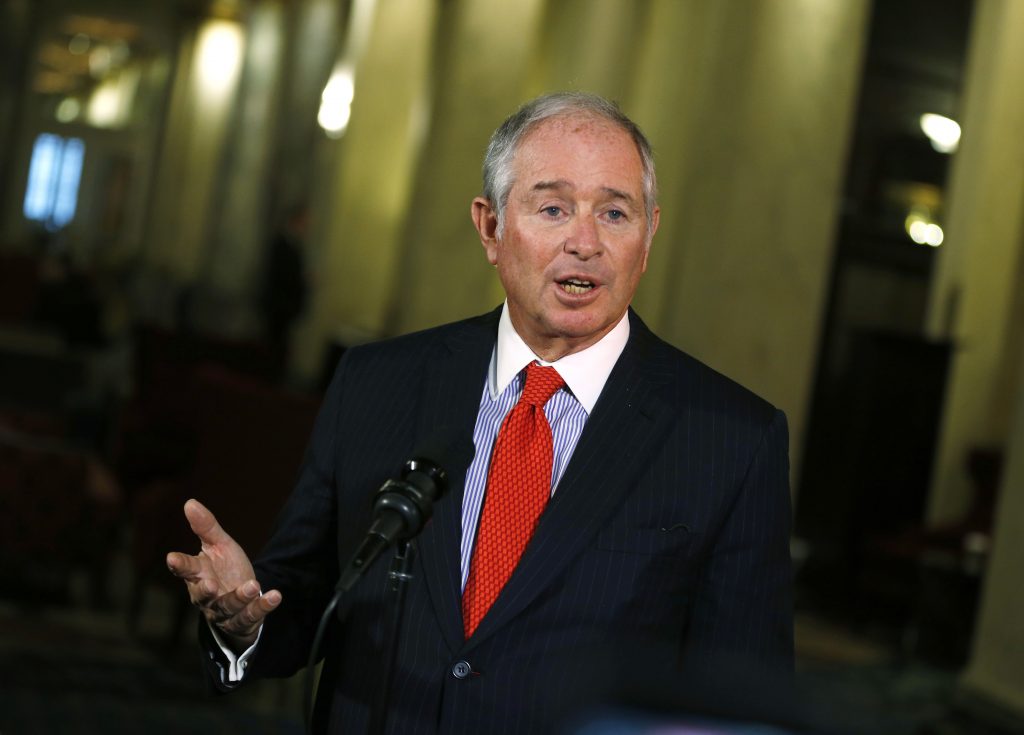 Canada has a “very special status” and is unlikely to be hit hard by changes the United States wants to make to the NAFTA trade accord, the head of a business advisory council to President Donald Trump said on Monday.

Stephen Schwarzman made his remarks after addressing Canadian Prime Minister Justin Trudeau and his cabinet, who are holding a two-day retreat in Calgary, Alberta to discuss U.S. ties, in particular Trump’s demands to renegotiate the North American Free Trade Agreement. Canada sends about 75 percent of its exports to its southern neighbor.

Schwarzman, named by Trump to a lead a forum that includes a variety of major U.S. corporations to advise on job creation, said Canada was well-placed to deal with any changes.

Schwarzman’s message will undoubtedly please Canadian officials, who have been trying hard to persuade the new U.S. administration that focusing on their border to the north makes no sense given how closely the economies are linked.

U.S. officials say Trump is more focused on large U.S. trade deficits with countries such as China and Mexico, the third signatory of NAFTA. Senior U.S. and Mexico officials will meet this week to discuss trade, security and immigration. Mexican President Enrique Pena Nieto and Trump will meet at the end of January.

On Monday, Trump said that he plans to renegotiate NAFTA “at the appropriate time.”

A senior Canadian official on Sunday expressed concern that the country could suffer collateral damage as the U.S targeted Mexico, a prospect Schwarzman dismissed.

“I don’t think he should be enormously worried because Canada is held in very high regard,” he said, referring to Trudeau.

Schwarzman is chief executive of major investment firm Blackstone Group LP. He does not have a formal role at the White House.

Jared Kushner, Trump’s son-in-law, had planned to travel to Calgary for talks with Trudeau officials on Tuesday but scrapped the visit because of logistical problems, a Canadian government source said.

Trudeau’s leadership team is meeting in the Alberta city less than two weeks after the prime minister shuffled his cabinet to put his foreign minister in charge of U.S. ties with a focus on the best approach to take with Trump, who took office on Jan. 20.

The challenge of dealing with Washington comes at a sensitive time for Trudeau, who is facing probes into a vacation he took with the Aga Khan as well as his centrist Liberal Party’s fundraising activities.