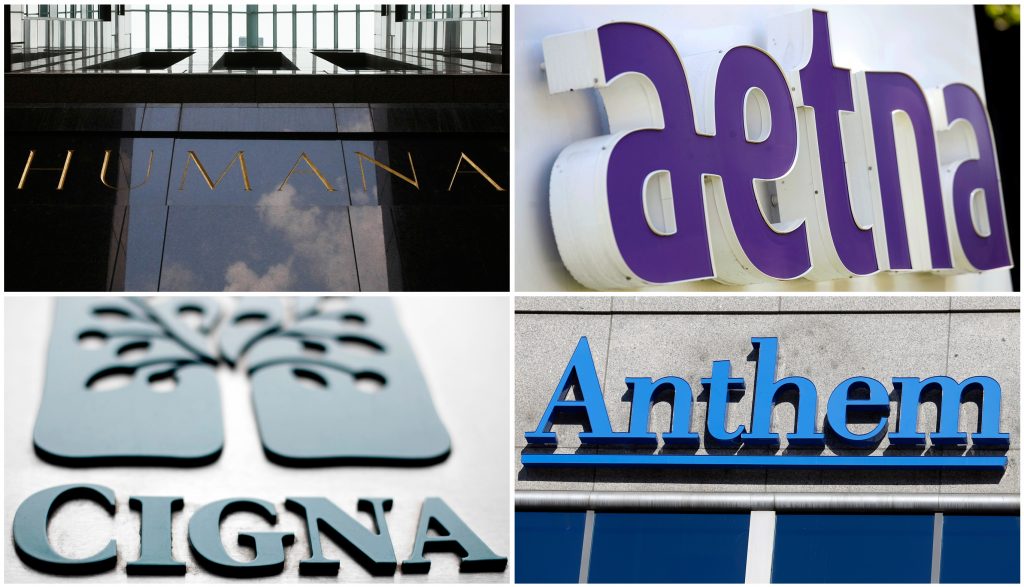 Aetna Inc.’s $37 billion deal to buy rival insurer Humana Inc. was blocked by a federal judge, thwarting one of two large mergers that would reshape the U.S. health-care landscape. Aetna said it was considering an appeal.

The transaction would violate antitrust laws by reducing competition among insurers, U.S. District Judge John D. Bates in Washington ruled on Monday. With the deal defeated, Aetna owes Humana a $1 billion breakup fee under the terms of the merger agreement.

“We’re reviewing the opinion now and giving serious to consideration to an appeal after putting forward a compelling case,” T.J. Crawford, an Aetna spokesman, said. A Humana spokesman didn’t immediately respond to a request for comment.

The ruling is another victory for antitrust enforcement efforts initiated by the Obama administration. A separate Justice Department challenge, against Anthem Inc.’s $48 billion bid for Cigna Corp., is also pending a ruling. Investors saw the ruling as a bad sign for that deal. Anthem fell 1.4 percent, while Cigna lost 0.7 percent.

“If the judge blocked this deal, there is very little, if any, chance that the Anthem-Cigna deal gets cleared,” Jason McGorman, a Bloomberg Intelligence analyst, said by email. He added that analysts and investors had thought that the Aetna-Humana deal “had a better chance of settlement/clearance” than Anthem-Cigna.

The Obama Justice Department frustrated a slew of mega-mergers amid a wave of record deal-making, including Comcast’s attempted takeover of Time Warner Cable, Halliburton’s deal for Baker Hughes and AT&T’s bid for T-Mobile US. The Trump administration is taking over investigations into AT&T’s deal for Time Warner and Bayer’s proposed combination with Monsanto.

The government case against the merger focused on the market for private health plans for the elderly, known as Medicare Advantage. The U.S. argued the Aetna-Humana deal would have eliminated competition between the insurers in 364 counties in 21 states and likely forced seniors to pay higher premiums for Medicare Advantage plans. It also threatened competition on the insurance exchanges set up under Obamacare, the Justice Department said.

Aetna countered that the Medicare market is much larger than the Justice Department claims because it includes both Medicare Advantage plans and original Medicare, providing more choice for seniors than the government portrayed. Competition on the exchanges isn’t an issue, they said, because Aetna withdrew from all 17 counties at issue in the government’s case.

The judge sided with the government’s view of the Medicare Advantage market. “In that market, which is the primary focus of this case, the merger is presumptively unlawful-a conclusion that is strongly supported by direct evidence of head-to head competition as well. The companies’ rebuttal arguments are not persuasive,” Bates wrote.