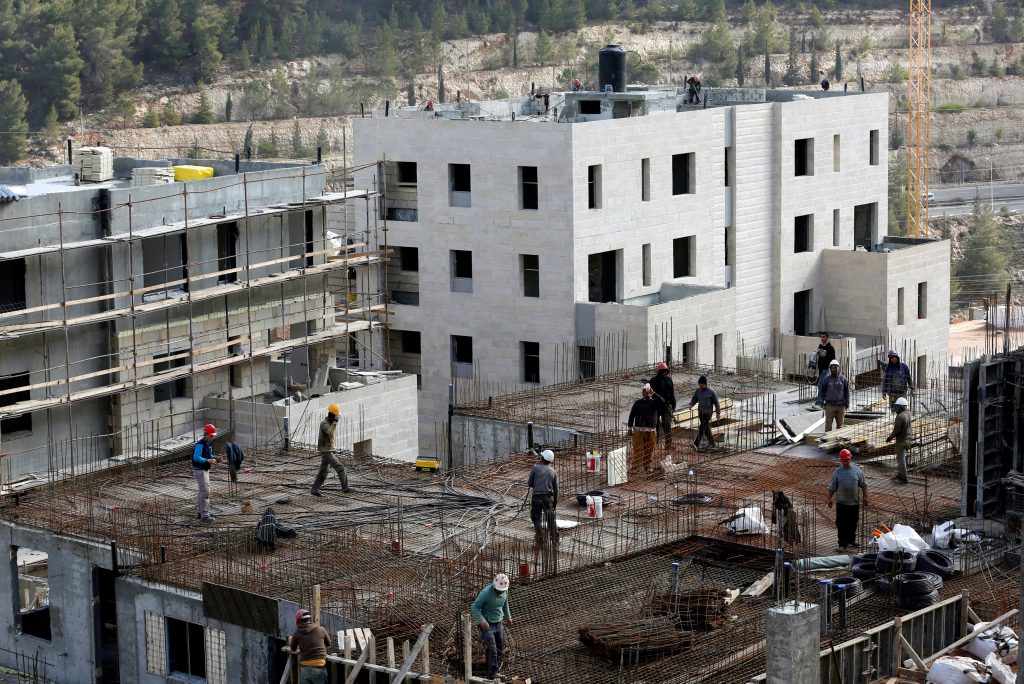 The Yerushalayim municipality on Sunday approved construction of hundreds of new homes in Ramot, Pisgat Ze’ev and Ramat Shlomo – all neighborhoods over the Green Line – as political leaders in Yehudah and Shomron slammed Prime Minister Binyamin Netanyahu over his “shyness” in embracing what they called a new political reality. Claims by Prime Minister Binyamin Netanyahu that officials close to President Trump asked Israel to hold off on legislation to annex Maale Adumim are just not accurate, they said.

Yossi Dagan, chairman of the Shomron Regional Council, said that besides attending the inauguration of Donald Trump as president on Friday – by invitation, along with other officials from Yehudah and Shomron – “we have met with many figures here in Washington, from members of the new government and members of Congress. The message we got was exactly the opposite of the one claimed by Netanyahu: They are pro-Israel, pro-Yerushalayim, pro-Yehudah and Shomron. The main message to us is that they support and back our plans” for expansion of Jewish settlement in Yerushalayim and in Yehudah and Shomron.

The Ministerial Law Committee had been set on Sunday to approve a bill for the annexation of Maale Adumim, to be presented by Jewish Home MKs. According to reports, Netanyahu on Friday asked Jewish Home chairman Naftali Bennett to hold off on the bill, after Netanyahu said that sources in the new Trump administration had asked that Israel not introduce new legislation without consulting American officials first.

Dagan cast aspersions on that in an interview with Channel Ten. “I have a strong suspicion that this is Israel’s doing, not the Americans – that our government is seeking to steer the new administration in a leftist direction. We will not allow this to happen. We will not allow our government to take a stance to the left of Trump. We have a historic opportunity here that we dare not miss. If we have to we will enter the Likud Central Committee and get them to make a decision.”

As a “first course,” the Yerushalayim municipality on Sunday approved the construction of 560 new homes in areas of Yerushalayim liberated in the 1967 Six-Day War. The approvals were set to be handed down several weeks ago, but city officials said that they were asked to hold off until after President Trump took office.